SODOM - Bombenhagel EP To Be Released In August 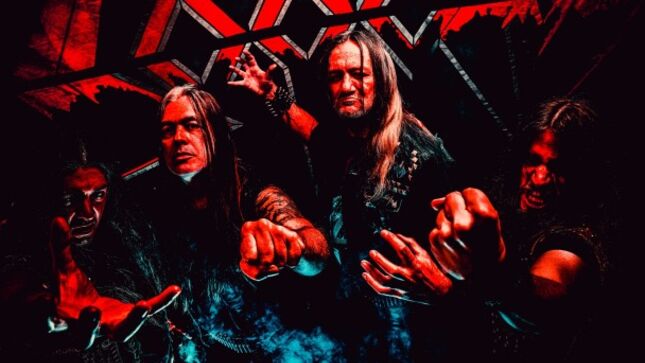 German thrash legends Sodom have checked in with the following announcement:

"In a period when other bands appear to remain stuck in anguish, August 20th, 2021 will see Tom Angelripper and band members Frank Blackfire (guitar), Yorck Segatz (guitar) and Toni Merkel (drums) release their brand-new EP, Bombenhagel, via Steamhammer, available on CD, 12” vinyl and digital. The pre-sale will start on May 21st. Stay tuned for more info!"

Sodom released their latest studio album, Genesis XIX, on November 27, 2020 via Entertainment One (eOne) in North America and Steamhammer/SPV in Europe. They released an official video for new song, "Friendly Fire", which can be below:

Genesis XIX was recorded by Siggi Bemm and mastered by Patrick W. Engel and comes shrouded in the cover illustration of Joe Petagno of Motörhead fame. Find the tracklisting and cover art below.