SODOM Release Official Lyric Video For "After The Deluge" 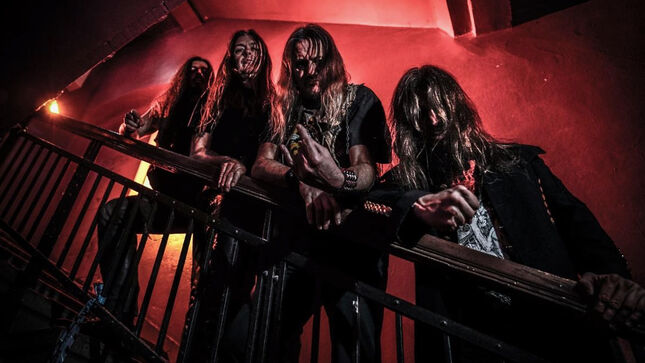 German thrash metal legends Sodom have released a new single and video for the song "After The Deluge" today. The song is taken from the bonus CD of the box set version of the 40th anniversary album, 40 Years At War-The Greatest Hell Of Sodom.

Frontman / founder Tom Angelripper: "We dedicate this lyric video to our recently deceased friend and former guitarist, Uwe Christoffers. With this fantastic song he wrote for Sodom back in 1985, he stays alive for all eternity. We will forever hold him in our restless and blackened hearts."

"After The Deluge" is available on digital platforms found here. Check out the official lyric video below.

40 years of Sodom, 40 years of ruthless thrash metal ‘Made in Germany’. What came into being in 1982 in Gelsenkirchen-Buer has lost nothing of its authenticity and rawness, not even four decades later. Tom Angelripper and his men still spearhead a music style that draws its energy from pure determination, intransigence and relentlessness.

What’s more, Sodom never fails to surprise their fans all over the world. 40 Years At War - The Greatest Hell Of Sodom, is a more than worthy anniversary album that - in various formats - sums up the band's history in an unusual and highly ambitious way. “Our goal was to re-record one song from each of our previous albums,” Tom explains. “Not necessarily the most obvious ones, we wanted to go for rarities or tracks we've never or very rarely played live.”

The CD and vinyl double LP with their martial cover artwork penned by Eliran Kantor (Kreator, Testament, GWAR, among others) include 17 tracks, all newly recorded by the current Sodom lineup featuring Frank Blackfire (guitars), Yorck Segatz (guitars) and Toni Merkel (drums). Tom: “We cover the songs unaltered, that’s to say: in exactly the same key and with the original lyrics. We’re better musicians now than we were back then, of course, so the new versions sound tighter and more up-to-date but the arrangements of the songs were deliberately kept unchanged.”

The band's 40th anniversary festivities will be carried over into their concerts in the coming fall. “We’ll not only play the Sodom classics, but also consider fan requests. We're launching a poll about songs we've rarely or never played live on a tour to find out which ones the fans want to hear.”

That's exactly what Sodom is about: being close to their fans, full of ideas, burning for action while keeping their eyes on the goal ahead. Tom: “If you want to draw a summary of the past four decades, it can only be this: 40 years later, and we’re still here!” 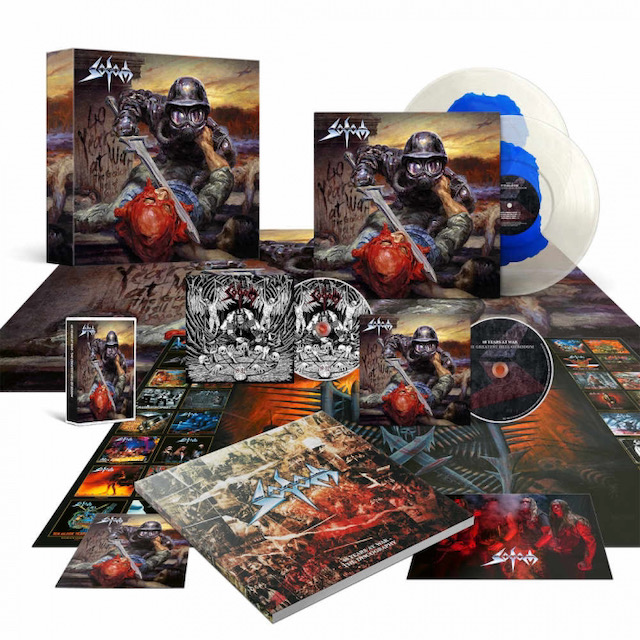 40 Years At War - The Greatest Hell Of Sodom will be released on October 28 via Steamhammer/SPV in the following configurations:

- Exclusive coloured vinyl editions only at the Napalm shop

- Exclusive coloured vinyl edition only at the EMP shop 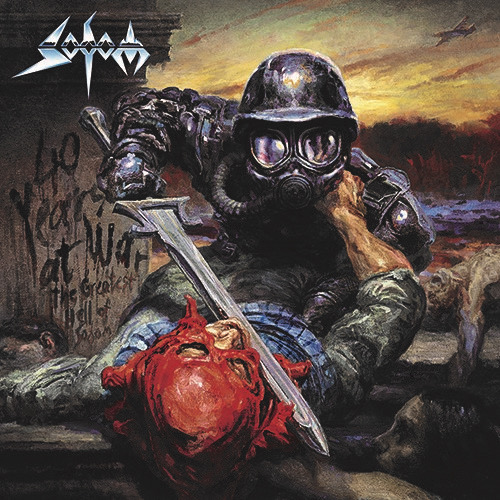