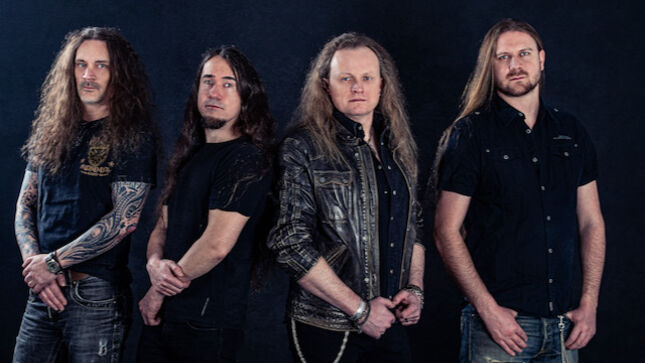 Frontiers Music Srl will release the debut album, Vagabond, from Germany's Sonic Haven on May 7. Pre-order in North America here, and in Europe here, and watch a lyric video for the track Back To Mad" below.

Sonic Haven is a new metal band conceived and fronted by vocalist Herbie Langhans, one of the most gifted metal singers of the current European metal scene. The band joins Frontiers Music Srl's ever expanding roster of metal bands.

"In the past few years, I didn't write that many metal songs, so that's why I was really on fire with Sonic Haven to do it again. ;-) I like classic, traditional and melodic metal with hard rock elements and sing-along parts, so my goal was to write an album that gives you a good feeling. You know, that makes you smile, that gives you goosebumps, that gives you power! I think it's the perfect album to rest a bit in the Sonic Haven," says vocalist/songwriter Herbie Langhans. "For most of the songs, I wrote and recorded demos (for two tracks, Carsten [Stepanowicz, guitars] recorded the demos and wrote the songs), then I sent it to everybody and everyone recorded their parts at home. In Sonic Haven, it was important for me to have musicians that can record at home in a good quality. And they also bring a lot of cool ideas and their own style to the music. So that's why it's so easy to work with these guys. It is just our first album, but it already worked like clockwork!!!"

On what kind of album he wanted to make with Sonic Have, Langhans says, "a very traditional metal album that's up to date sonically and lyrically. It's about life, friendships, pain, today's society, dreams, relationships, family. I wanted to write an album for the fans 'cause I am really sure that a lot of people feel the same when they read the lyrics and compare it to their life situations. I wanted to write an album for everybody."

Of the first single, the title track to the debut album "Vagabond", Langhans says, "It's about people in our society that are different, but in a good way, in a creative way, like musicians, artists. Often these people are not accepted, or people smile at them, like 'come on guy, you wanna do music for living? Pah, just do a normal job from 9 to 5 and stop dreaming'. I would say NO, never stop dreaming. You are a great singer, guitarist, painter, photographer or whatever, just do it and try to make your dreams come true. Don't listen to those boring people with their boring jobs and their boring life. And especially this last year, a lot of artists feel like Vagabonds ...not accepted, not relevant, no support."

Langhans' voice has gained him international recognition, both as a studio singer and as a member of the bands Avantasia, Voodoo Circle, Sinbreed, Beyond The Bridge, and recently Firewind. He has put together a really outstanding lineup of talent for Sonic Haven, including André Hilgers (Bonfire, Rage, Silent Force) on drums, Carsten Stepanowicz (Radiant) on guitars, and Dominik Stotzem (Beyond The Bridge) on bass.

Their debut album was recorded and produced by Herbie himself with none other than Sascha Paeth (Avantasia, Kamelot, Beyond The Black, Sascha Paeth's Masters Of Ceremony, etc.) handling mixing and with Miro adding his special touch on orchestrations.

Herbie had previously stated about Sonic Haven, "I am happy to announce that I am back with a new metal band called "SONIC HAVEN". For the last few years, a lot of fans have asked me if I will do something again in the style of German melodic power metal. The answer is YES and here we are with a great line-up and an amazing album in the works. Can't wait to release it, and especially to hear what you think about it! With the support of Frontiers Records we hope to create something big...now we need your support to METAL ON with us!"

Sonic Haven is eager to unleash their power metal fury on the world! 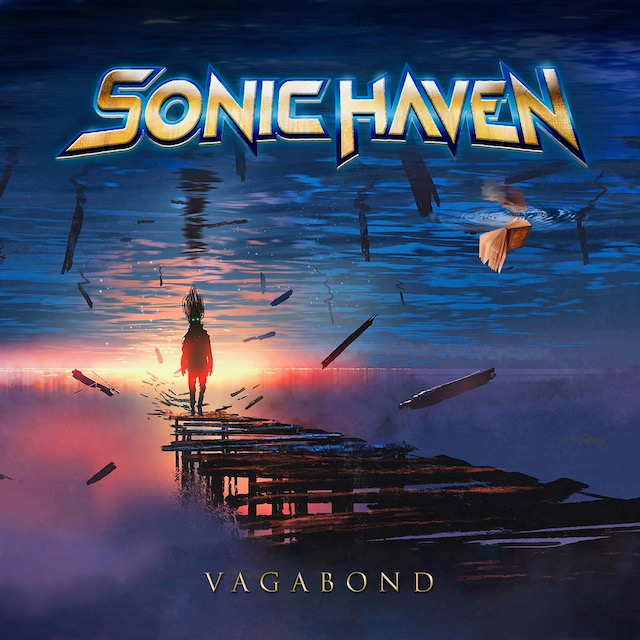 "Back To Mad" lyric video: