SPACE CHASER To Release Give Us Life Album In July; "Remnants Of Technology" Music Video Streaming 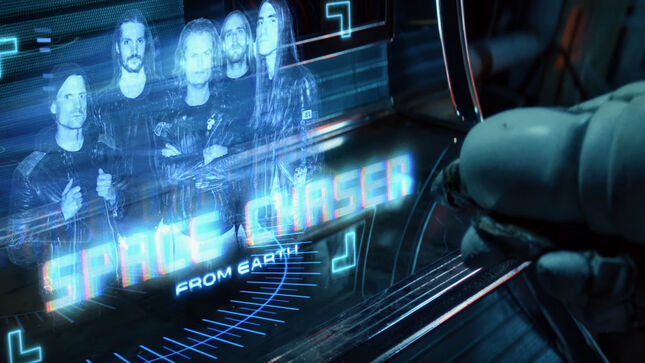 On July 16, Berlin's Space Chaser will release their new album, Give Us Life, via Metal Blade Records. For a first preview of the record, a video for the new single, "Remnants Of Technology" (produced by Lucas Fiederling / Peregrine Films), can be viewed below.

Space Chaser comments: "For our first sign of life on Metal Blade Records, we wanted to make the best music video we could possibly make. And with a lot of hard work and even more luck, we got something far greater than we could have ever dreamed of. We had this idea for a video lying around for years, but never were able to put it to film. Until now. We had a crew of 60 people working for us. Somehow word got around in the Berlin film scene, and almost everyone was on fire, and wanted to be a part of it. 50 Costumes, 4 make-up artists, 30 extras, a team of directors, camera operators, professional lightning - you name it, we had it. Two teams of set-builders worked tirelessly for a week together with the band. We built an entire bar in some humid, freezing cold basement for a total of 3 days and nights of shooting. The concept was planned for months, an entire week of preparation and two days of assembling everything. Everybody pulled their weight and helped make our little space short. Lucas Fiederling of Peregrine Films didn't sleep for two months straight. The result looks like a Michael Jackson video. If he was a thrasher. From Berlin. Watch The Skies."

Nothing can beat the thrill of thrash at its best, and no one is keeping the spirit and sound of the genre alive quite like Space Chaser. Marking their ten-year anniversary with their third full-length, Give Us Life, they are returning in force and once again establishing their importance in the scene.

"What we do is contemporary Thrash Metal, if you will, and while still having the 'old-school' elements everyone loves, we try to incorporate some of the influences that we expose ourselves to. Over the last ten years, this kind of music progressed a lot, and of course that has its influence on us. But what we do is still Thrash Metal, we just hope we're able to translate it a little bit better into 2021."

The album was recorded at their go-to studio, Berlin's Hidden Planet, with Jan Oberg, who the band acknowledge is a rather unknown name in the metal scene, but his work proves up to par with international standards nonetheless. The songs were produced by guitarist Leo Schacht and drummer Matthias Scheuerer with the help of Oberg, and for mastering they had Dan Swanö of Unisound Studios at the helm.

"It was the smoothest recording process we have ever had. Everybody went in perfectly prepared and every idea worked out just how we anticipated. It's almost surreal, though being satisfied with your production can lead you to get lost in details forever - and the intro for 'Burn Them All' was a bitch!"

Acknowledging that it feels weird to have reached their tenth anniversary already, this landmark has only stoked the fires.

"We never felt so pumped and ready for whatever life throws at us," they say, and asking what they see when they look to the band's future, they are emphatic. "World domination! Well…sort of. I think every band just wants to get as big a name in the metal world as possible, and we are no exception. We really hope to expand our fanbase outside of Germany with 'Give Us Life', and we never even dreamt of getting the chance to release a record through Metal Blade. Furthermore, we definitely want to tour a lot as soon as we are allowed to. We are anxious to leave Europe for the first time, and we want to prove that we are capable of delivering on an international standard." 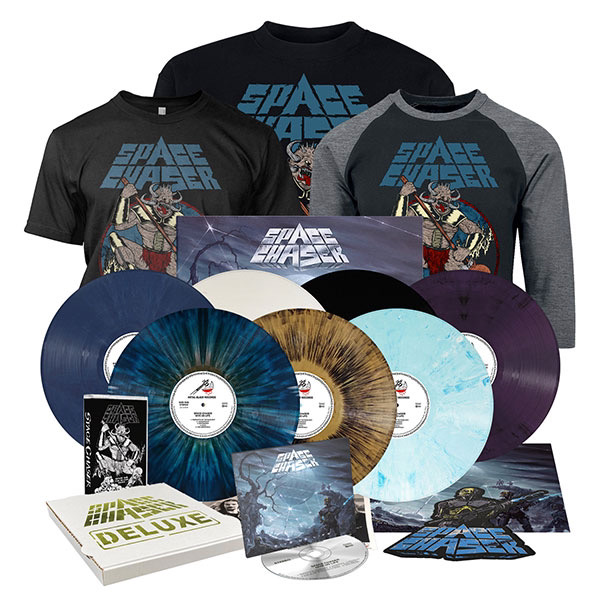 Give Us Life can be pre-ordered here in the following formats: 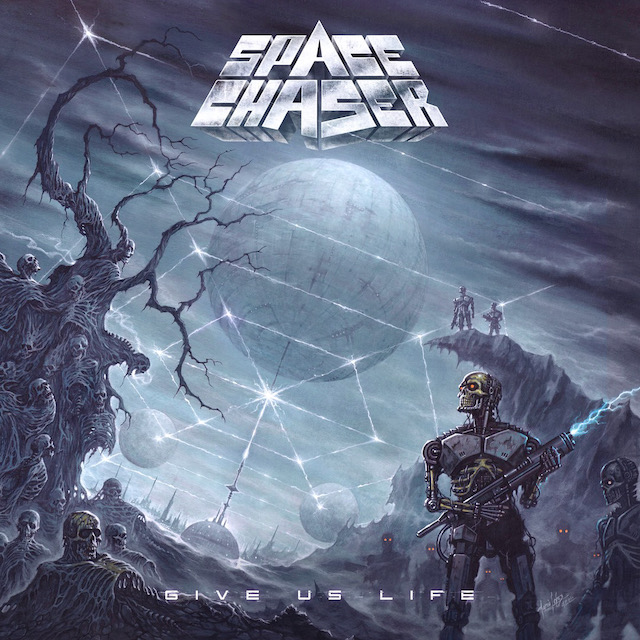 Give Us Life tracklisting:

"Remnants Of Technology"
"Juggernaut"
"Cryoshock"
"A.O.A"
"The Immortals"
"Signals"
"Burn Them All"
"Give Us Life"
"Antidote To Order"
"Dark Descent"