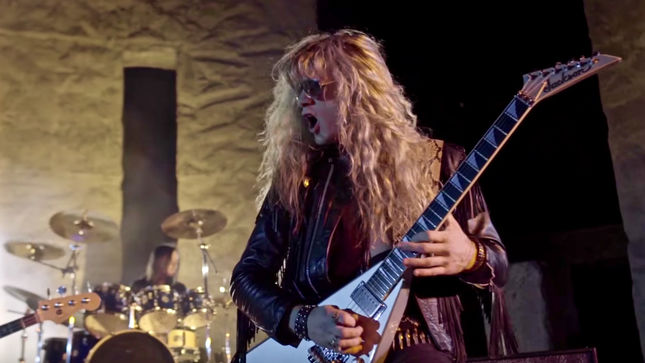 Celebrating the successful release of their Prosthetic Records debut, Night Hides The World, last week, Portland traditional heavy metal purveyors Spellcaster have released a brand new music video before they join label mates Holy Grail and Exmortus on the Fellowships Of The Strings tour later this week. Dates below.

Appearing to have been preserved in a time capsule from the 80's, the classic metal troupe pay homage to their idols with the new music video for the spellbinding, ballad-esque title track, "Night Hides The World". Watch below:

Spellcaster dates listed on the poster below: