SPIRIT ADRIFT Come To Life On “Wake Up” Video 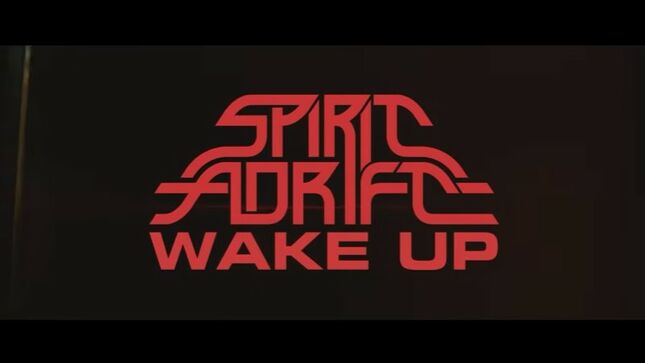 As they prepare for the release of their monumental new E.P. Forge Your Future, Spirit Adrift have reemerged with a music video for the album’s stunning second single “Wake Up.”

Vocalist/guitarist Nate Garrett comments: “The video for 'Wake Up' marks the third time we’ve worked with Guilherme Henriques, and these collaborations somehow produce better results every time. Guilherme has become a crucial contributor to how we visually express ourselves. For this video, he and I began by discussing a certain story arc from Alan Moore’s run on Swamp Thing comics, and our own unique vision took shape from there."

He continues, "'Wake Up' was written at the height of the toilet paper buying frenzy. As usual, I was totally disgusted with humanity, and I needed to write about it. This song celebrates the reason we all got into metal/rock n roll in the first place. Music is a way of life that offers us freedom from the insane expectations of a sick society. While this video is our first foray into anything resembling fun or humor, it wholeheartedly delivers the sincere message of the song. TURN ON, TUNE IN, DROP OUT.”

Written at the beginning of the pandemic, Forge Your Future features three new songs that showcase Spirit Adrift at their strongest.  Recorded at Homewrecker Recording Studio with Ryan Bram at the helm, the tracks were handed over to the legendary Zeuss to handle the E.P.’s mixing and mastering.  Garrett comments, "These songs, and this band, represent persevering through difficult times, staying true to your innermost self, and celebrating the life-affirming power of metal. We can’t wait to see you all live and in the flesh, in the meantime we hope you enjoy the tunes."

Since their inception, Spirit Adrift is much more than an obsession for Garrett.  It’s become a mission unto itself — a quest to re-cast the power and potential of melodic metal, doom and hard rock like the masters before him. Garrett's songwriting style teeters between vintage and modern, combining intelligent lyrics that provoke spiritual and philosophical thought with bold hooks and gilded riffs.  With four albums behind Garrett and drummer Marcus Bryant, including 2020’s year-end chart-topper Enlightened In Eternity, Spirit Adrift have shown the world just what heavy metal can be.

Forge Your Future will be available August 27 from Century Media on vinyl and digital formats; pre-orders are available on Bandcamp .