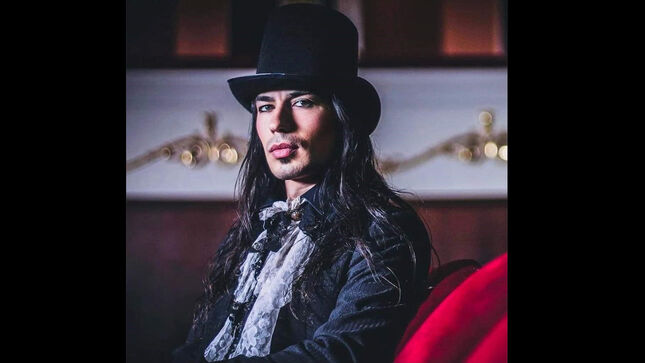 It took a hard-fought audition to do it, but the Italian award-winning guitarist Gianmaria Puledda, known professionally as “Jommy”, has found his new home with the dynamic New York City-based street metal band, Spread Eagle. Jommy will be playing favorites such as “Switchblade Serenade” and “Scratch Like A Cat” on Spread Eagle’s upcoming tour.

Jommy is renowned throughout Europe’s heavy metal/hard rock community. One of his unique talents is the ability to play the Greek bouzouki, which led him to the creation of a particular style defined by some as “Mediterranean Metal”. He recorded the album The Sorceress Reveals - Atlantis at Fascination Street Studios in Sweden, with sound engineer Jens Bogren (Opeth, Sepultura, Arch Enemy, James LaBrie, Devin Townsend and many others). Jommy recorded all guitar parts on the album Janas at Crehate Studios in Gothenburg (Sweden) with producer and sound engineer Oscar Nilsson (The Halo Effect, Engel, Mustasch, Crashdiet, Hank von hell and many others).

Janas has reached more than 200,000 streams on Spotify, and achieved top rock album rankings on charts including Italy, South Africa, Oman, Greece, Estonia and the Netherlands.

Spread Eagle launched their guitarist open audition in March 2022 with an invitation by Spread Eagle bassist Rob De Luca to submit videos performing Spread Eagle songs. The band narrowed down the contestant pool to Jommy and ten other venerable guitarists, whose performances were posted online for public comments.

Jommy advanced to a group of two finalists and was named first choice after an audition in New York City. In the end, the band (including guitarist Ziv Shalev) chose Jommy due to his superior technique, tone, groove and image.

Throughout his career, Jommy has performed in major live concerts and tours, opening for Vision Divine (with Fabio Lione), Saurom, and headlining many other shows. As a highly in-demand lead guitarist, Jommy has collaborated and toured with renowned heavy metal acts in Europe, among them Screaming Shadows from Italian maestro Francesco Marras, who is also the guitarist of Tygers Of Pan Tang.

Spread Eagle is certainly no new name to heavy music, releasing two albums on MCA / Universal Records, Spread Eagle (1990) and Open To The Public (1993), and also Subway To The Stars in 2019.