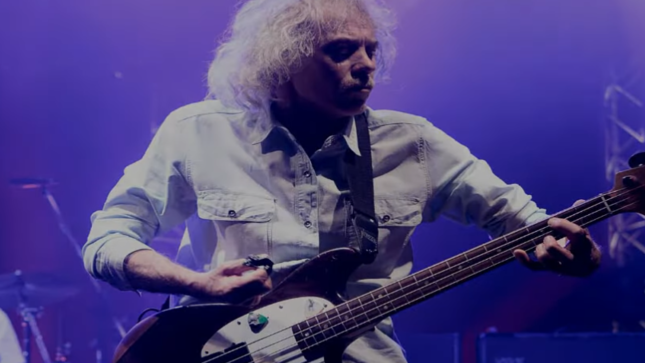 According to Independent.co.uk, Status Quo founding member and bassist Alan Lancaster has died aged 72. The British musician had been suffering from multiple sclerosis (MS) for some time. He died in Sydney, Australia.

“At the request of his loving and deeply cherished family, I am heartbroken to announce the passing of Alan Lancaster, British-born music royalty, guitar god and founding member of iconic band, Status Quo,” close friend Craig Bennett, an entertainment journalist, wrote on Facebook.

“Alan Lancaster passed away this morning (Sunday, September 26th) at his Sydney home, surrounded by family.”

Born in Peckham, London in 1949, Lancaster formed Status Quo in 1962 with his then schoolmate, Francis Rossi. The group met future Quo guitarist Rick Parfitt in 1965. As Status Quo, they launched their career with “Pictures of Matchstick Men” and Lancaster continued to perform with the band until 1985, by which stage he had appeared on a total of 15 albums.

Rossi (vocals, guitar) has posted the following tribute to Lancaster:

"I am so sorry to hear of Alan's passing. We were friends and colleagues for many years and achieved fantastic success together as the Frantic Four alongside Rick Parfitt and John Coghlan. Alan was an integral part of the sound and the enormous success of Status Quo during the '60s and '70s. Although it is well documented that we were estranged in recent years, I will always have very fond memories of our early days together and my condolences go to Dayle and Alan's family."