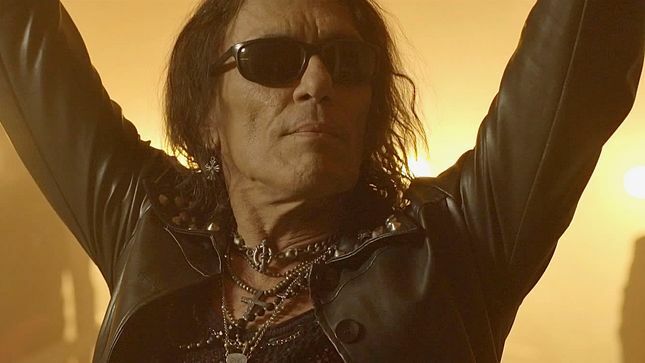 Ratt frontman Stephen Pearcy uploaded the clip below to his official YouTube channel along with the following message:

"Stephen Pearcy and his Ratt Bastards are 'Back For More' in rehearsals for upcoming...."

Pearcy's guitarist, Erik Ferentinos, recently appeared on The Classic Metal Show. During the interview, which can be heard below, Erik was asked, are there any plans in the works for the Pearcy band, or you being involved with Ratt in any way in 2021?

Ferentinos replied, "I can tell you officially that Stephen Pearcy is going to go back out and play solo shows in 2021. We're more accustomed to doing smaller stuff anyway, and that's pretty much all we're gonna hope to get involved with. Potentially maybe some drive-in stuff in the spring… But we wanna play, and people wanna see shows. We'll take whatever we can get, as far as getting out there."

"I'm just happy that (Stephen) is willing to go out at his age — he's in his 60s and he's not scared to go out there and play. He's chomping at the bit to get out, and I like that. So we're definitely planning on doing shows. We're gonna do a record... I think he may be pausing the Ratt thing this coming year. He's going to go solo. And I don't know, maybe we'll see a reunion with the real dudes, which I think they should do. They're not getting any younger."

Pearcy recently released a video for his cover of Duran Duran's 1981 hit, "Girls On Film". Check it out below: