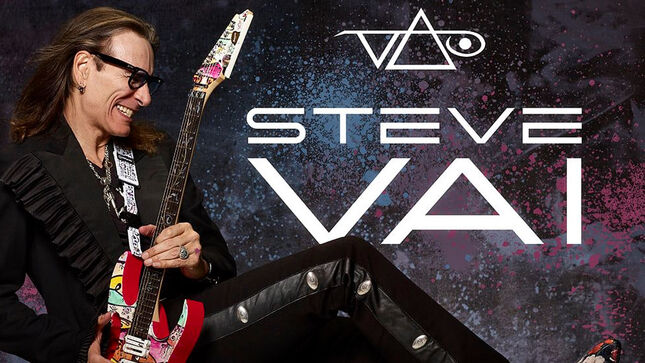 Steve Vai has announced an extensive tour of the US, with 54 scheduled appearances confirmed. Vai’s Inviolate World Tour will begin at House Of Blues in Las Vegas on January 27, 2022, and wrap in Los Angeles on April 2 at The Theatre at Ace Hotel.

This run is the first excursion of many planned which together are a multi-faceted World Tour that will bring the guitarist and composer to most continents across the globe touching down in dozens of countries. Vai has been working on a new studio album and those details will be shared imminently. These appearances will present an all-new show featuring a lot of new music, with plans for performances to be staged for the next several years.

Vai shares, “A performer thrives on performing.  It’s been my life for the past 49 years, with the exception of the last two years, so we are chomping at the bit to get out there and play for people. A music concert has the ability to dissolve the many challenges we face, and celebrate one of the good things in life, live music.”