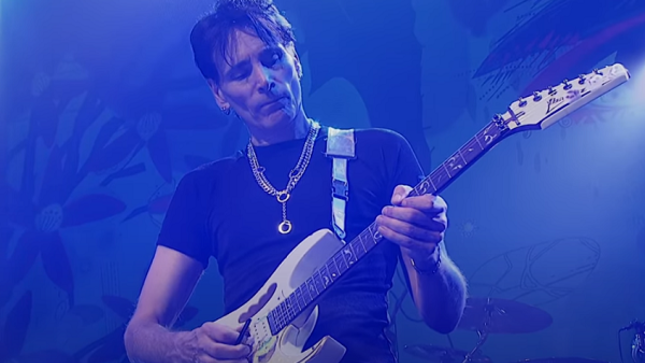 "Steve Vai plays this amazing 3-minute solo in the track 'Lost Children Of The Universe' off the new Star One album, Revel In Time. Check out this video to hear a part of the solo, and don’t miss Steve’s heartwarming quote at the end. Still can’t believe it. Thanks again Steve!"