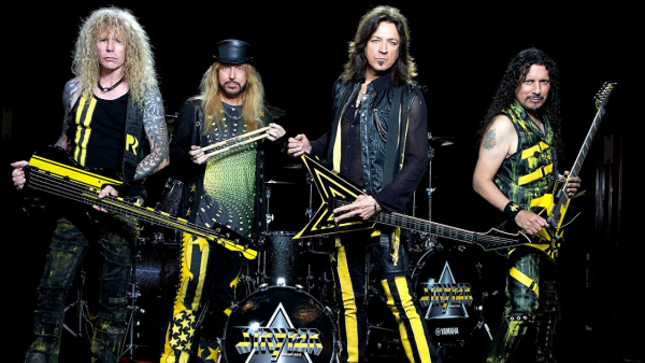 Christian metallers Stryper have checked in with the following update:

"We've just introduced a new T to the Stryper online store to coincide with the upcoming release of the film: Electric Jesus. 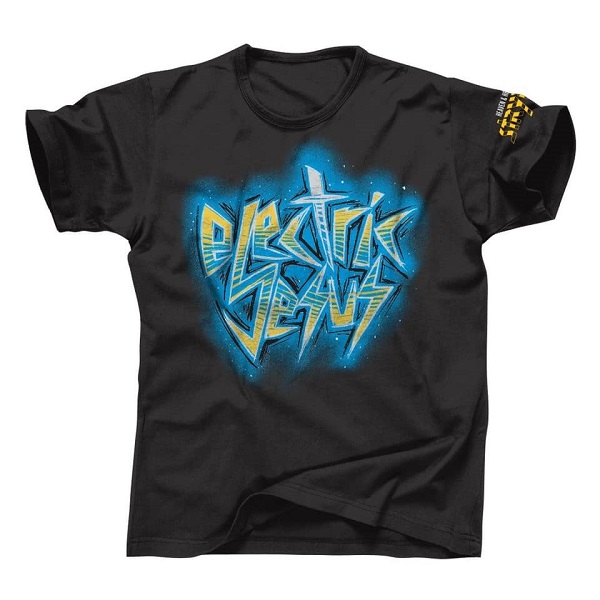 Electric Jesus - a coming of age, rock-and-roll comedy, follows the ill-fated exploits of a Stryper-loving, Christian metal band during the summer of 1986. The film is set to be released November 2 in the U.S. and Canada — soon, through the entire world!

Electric Jesus has been making waves in the U.S. film festival circuit, winning numerous awards and converting hundreds of devotees. It is a stunning breakout from writer / director Chris White, who co-produced the film with his wife Emily Reach White and co-wrote the film’s original songs with alt-rock musician, Daniel Smith.

Chris, Emily, and Daniel screened the film for Stryper several months ago, and we loved it! Together, we came up with the idea for this new T-shirt. In Electric Jesus, the movie band gets a shot to open for Stryper and Mötley Crüe on the mythic Heaven & Hell concert tour. So as a tribute to this, and in celebration of the release of our friends’ super-cool movie, we offer this limited edition, tribute T!

Order the Electric Jesus shirt at this location.

Check out the Electric Jesus soundtrack on YouTube here.