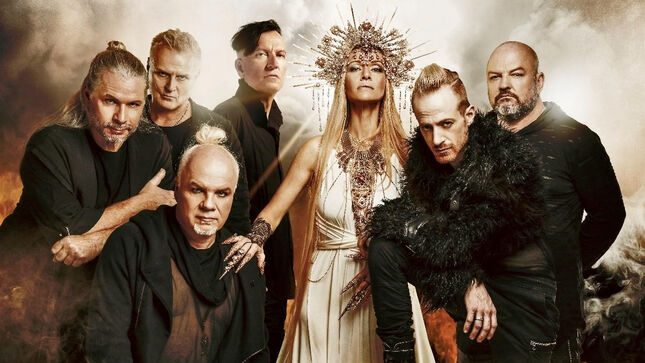 In contrast to their last album Hey!, the German folk rock outfit now presents a turning point in the discography of the band: the musicians give the darkest abysses of the human soul a spotlight. For the first time in over three decades, Subway To Sally celebrates hope.

True to the motto "never back, always ahead" from new single "Leinen Los" [eng: leash loose], Subway To Sally deliver a musical work of the highest quality. The new single starts off as an energetic rock stomper, before unfolding in full glory when bagpipes come in. With strong, determined vocals, singer Eric Fish embodies the atmosphere of departure and leads the band to a new adventure, perfectly illustrated in their animated official music video.

Subway To Sally on “Leinen los”: “To us, 'Leinen los' is a very important song on the new album Himmelfahrt and the lyrics are representative for the album. Even after thirty years of band history we experience new things. Getting back up after the forced pandemic break felt like a new start for us. So we weigh the anchors, set sails and sail full speed ahead into a new chapter of our band history. Leash Loose!”

Subway To Sally on their new album: "The new album marks a turning point. Himmelfahrt represents the ending and a new beginning at the same time. The work on the songs for Himmelfahrt began long before Covid, shortly after the release of the last album Hey.. This album addressed a broken world, the destructive treatment of people with their own kind and the environment in which they live. As the pandemic hit the world, most of the album seemed prophetic and depressing. All the material created up to that point had to be put to the test and was disposed of as outmoded.

Subway To Sally have always dealt with the dark sides of the human soul with relish. Over the years, a lot of blood has been spilled and murdered for love. But the lust for doom is an attitude that works well when a fully fueled helicopter is waiting on the roof to carry us away from the zombie apocalypse.

For the first time in thirty years of the band's history, we had to ask ourselves if it was time to celebrate hope. Hope is fuel for the future, and so many songs on the new album are about departure and journey, about reaching out to others to lead them from the deepest depths into the light. However, the most current events in the world put this hope to a difficult test. This explains the downer, the bitterness that clouds hope. That's why even God had to say a word on the album, to vent his own disappointment in his work." 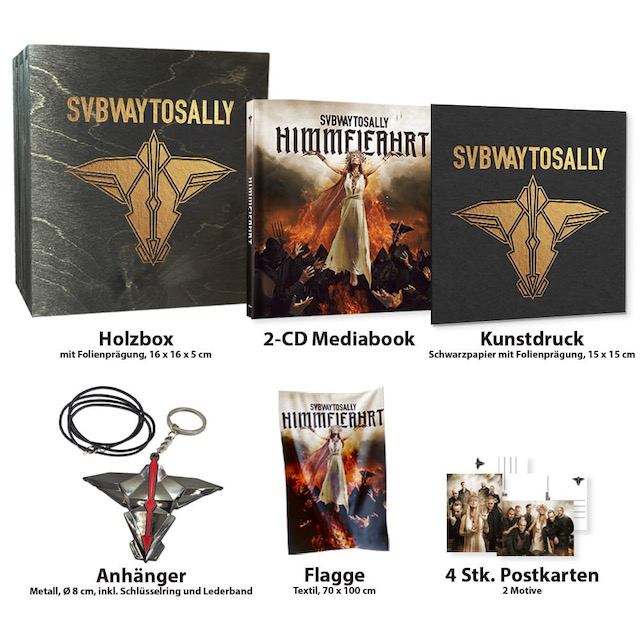 Himmelfahrt will be available in the following formats: 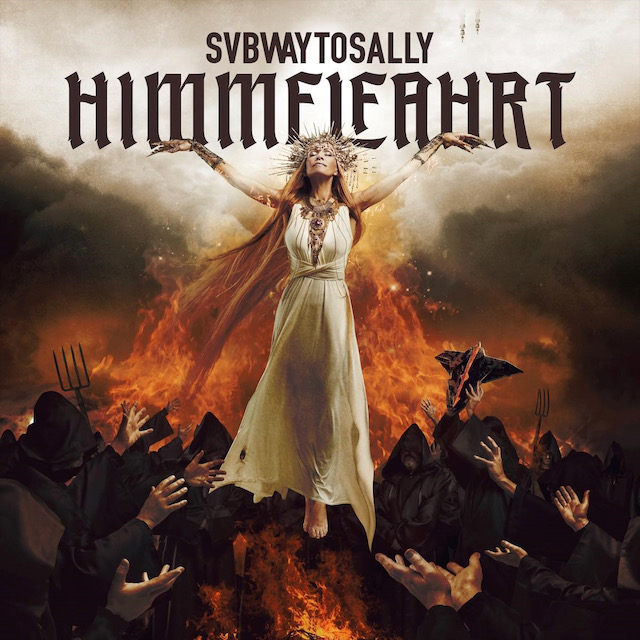