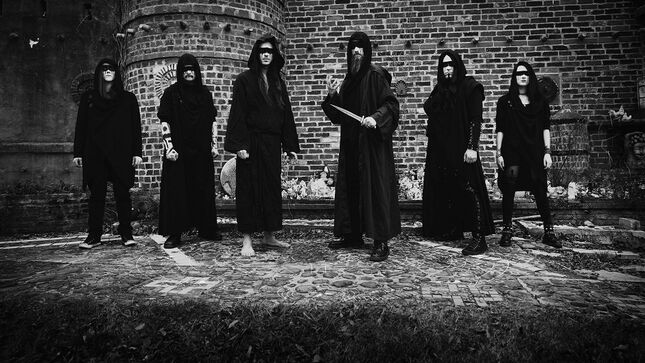 The third single from Knoxville, TN’s Summoner's Circle is “Apostasy”, which the music video for is out now.

“Apostasy” has a misleading, pretty opening that soon gives way to one of the heaviest offerings off the band's new album Chaos Vector, released this past August via Blood Blast Distribution. This song contains a lot of prog influences with a crushing verse and chorus and a grand keyboard solo during the bridge.

Chaos Vector is a concept album that takes great inspiration from Lovecraftian cosmic horror and the single, lyrically, is about the main character having doubts about his occult works as he is forced to sacrifice a pregnant woman bound to an inverted cross. Thus, opening a portal to another dimension and calling forth a beast from the void that rips itself from the woman’s womb and becomes The King In Yellow. The band continues to explain the song:

“‘Apostasy’ was one of the last songs to come together for the album. It’s an incredibly fun song to play and has possibly the most disturbing lyrical content on the album. This song is about that moment of realizing you’ve gone way too deep into the unknown and the only way out is to become an Apostate. Unfortunately for the character in the story, it is too late, and his human sacrifice gives way to a cosmic horror known as The King in Yellow. We enjoy throwing little bits of real Lovecraftian horror into the story and The King in Yellow is our nod to that.”

This album was conceived over two years ago, but the global turmoil slowed down its creation. Now that it is ready for release, the band couldn’t be happier with how it turned out. They are eager to share with fans their love of storytelling and cosmic horror in a concept album that vocalist Blind has been percolating since their formation in 2015. They say that they have scratched every creative itch with this record, and hope fans get the same satisfaction from it.