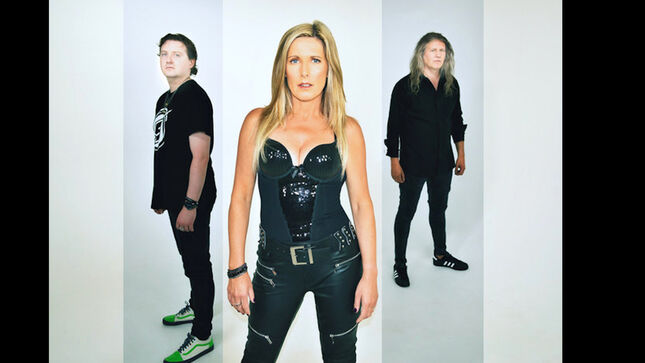 In Chinese philosophy, TAO means "The absolute principle underlying the universe, combining within itself the principles of yin and yang, signifying the way, a code of behaviour that is in harmony with the natural order".

Hailing from Edinburgh (Scotland), Cardiff (Wales) and Barrow in England, TAO is the living proof of the legacy of the melodic hard rock genre in the UK. Bringing together a strong team of individual musicians under the watchful eye and songwriting prowess of Ten mastermind Gary Hughes, this band is poised for great things, with this brilliant collection of songs, under the album title Prophecy.

With Karen Fell’s passionate vocals, Chris Gould’s emotional yet furious (where it needs to be) and Dave Rosingana’s unmistakable bass tones, this release will definitely hit a soft spot of fans of 80s influenced melodic hard rock in the vein of Heart, Roxette or Pat Benatar. They have already created promotional videos for 5 tracks from Prophecy and they will be 'step releasing' these videos in order to promote the album upon release whilst also extending the period of promotion and intensifying the push beyond.

The album was produced by Gary Hughes (Ten) and mixed and mastered by Dennis Ward at The TrakShak, Germany. All songs written by Gary Hughes. Recorded at The Doghouse Studio, Blackpool, England.

"Nobody But You"
"Rock Brigade"
"Angels And Clandestine Fools"
"Breathe In, Breathe Out"
"Fire In The Sky"
"Might Just Break Your Heart"
"Prophecy"
"Fight Club"
"Nazarene"
"Gone Forever"