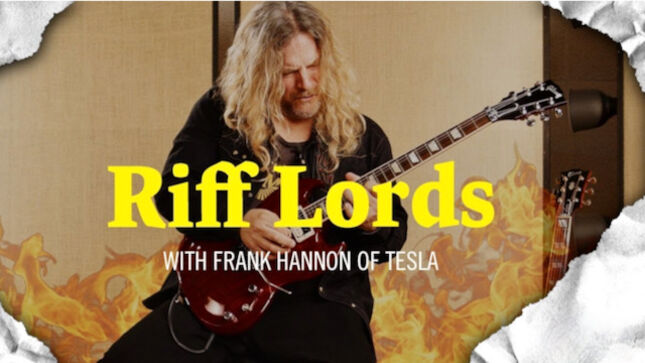 In this new episode of Gibson TV's Riff Lords, Tesla guitarist Frank Hannon breaks down riffs to songs including "Cumin' Atcha Live", "Modern Day Cowboy", "Cover Queen", "Heaven's Trail (No Way Out)", "Little Suzi", "What You Give", and "Love Song".

Born in Sacramento, California, Frank began playing guitar at age ten after breaking his leg and being confined in a cast. Frank co-founded Tesla in 1985 when he was 19. Tesla signed with Geffen Records in 1986 and released their debut album, the platinum-selling Mechanical Resonance, that same year. The follow-up release, 1989's The Great Radio Controversy, contained several hit singles and rocketed the band to stardom. To date, Tesla has sold over 14 million albums in the United States.

In addition to playing lead guitar for Tesla, Frank is an accomplished multi-instrumentalist, songwriter, and vocalist and has performed with numerous other artists. He released his first solo album, Guitarz From Marz, in 2005. He has also enjoyed additional success as a producer, as well as with The Frank Hannon Band.