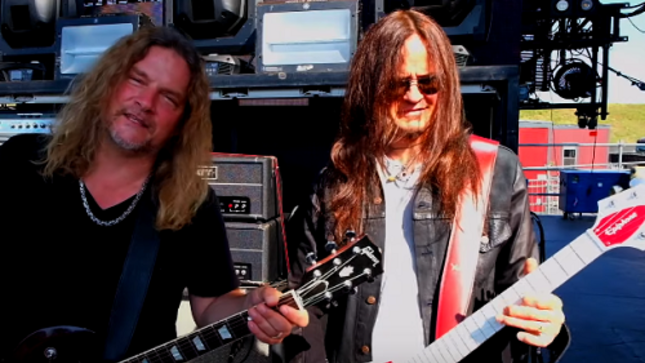 “'Cold Blue Steel' is influenced by current events of the world, just like our debut single 'Modern Day Cowboy' (1986) and touches on the subject fairly and open-minded by asking 'what’s to blame?' when it comes to violence in the world,” states founding member Frank Hannon. “More importantly, the recording and production of the song and video are kept raw and real, just the way Tesla fans want to see and hear us. We are survivors and have been rocking for 35+ years!”

Stream and/or download “Cold Blue Steel” at this location.

Catch Tesla on tour across The United States next month. Confirmed shows are as listed: