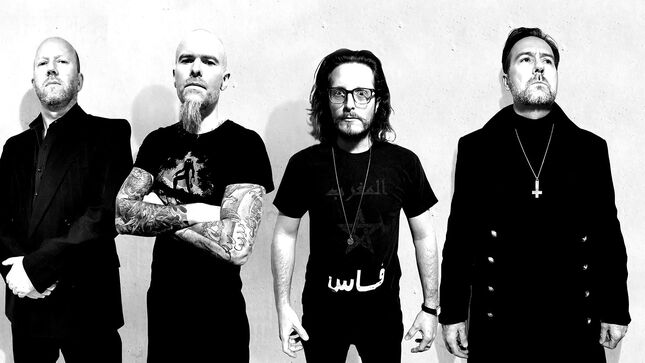 The Antichrist Imperium have released a second track from their forthcoming album, Volume III: Satan In His Original Glory, which drops next month - check out the 3D visualiser video for “Misotheist” below.

The avantgarde death metal 4-piece have also revealed the artwork and tracklisting for their new album, which is set for an October 7 release via Apocalyptic Witchcraft.

Volume III: Satan In His Original Glory will be available in digipak CD, Cassette and digital format, whilst the vinyl version will be released at a later date in 2023.

Four years and countless hours in the making, Volume III: Satan In His Original Glory is everything great about The Antichrist Imperium turned up to 11. Whether you are into haunting melodies, progressive journeys, or ceaseless blasting, this album is an aural feast that will stand forever in your collection like a curse!

Vocalist Sam Bean comments:  “We have no message to convey, all we wish is to deliver to you is a glorious and reverent ode to Satan, a dream of a world where a black hoof steps on your face forever. Volume 3: Satan In His Original Glory has our best riffs, our greatest songwriting efforts, most insane lyrics, and the most taboo artwork seen on an album of dark art.” 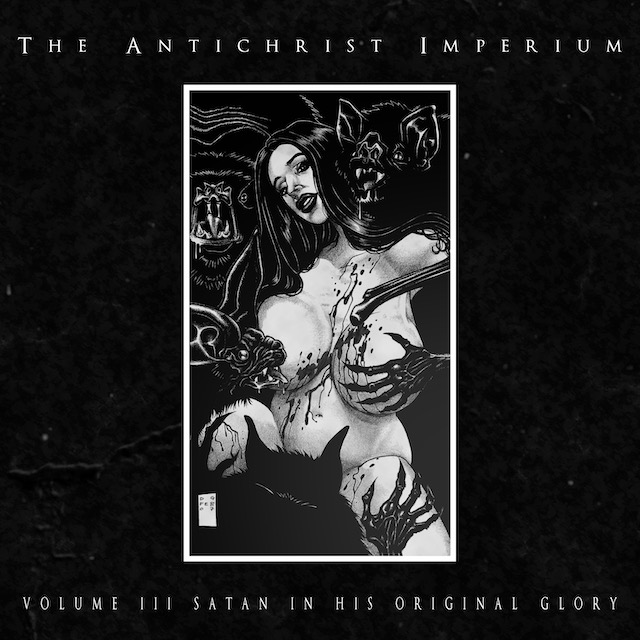