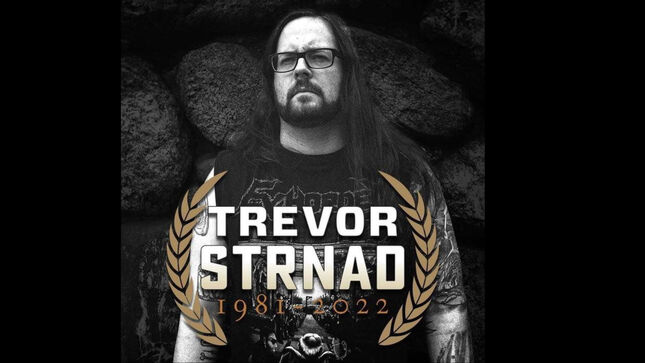 Michigan's The Black Dahlia Murder has just announced a show in Detroit, on October 28 at Saint Andrew's Hall, which will be a celebration of the life and legacy of Trevor Strnad. The concert marks the band's return to the stage after the untimely passing of their beloved frontman, Trevor Scott Strnad, on the 11th of May this year.

Founding member, Brian Eschbach will be putting down his guitar and taking on the role of lead vocals moving forward. A decision that wasn't made lightly when the band got together to discuss their future after they started to work through the initial shock and grief of losing their best friend. Stepping back into the BDM family is guitarist Ryan Knight. Support for the show will come from Darkest Hour and Plague Years.

Tickets go on sale this Friday, September 16 at 10 AM, ET and can be purchased here at that time. 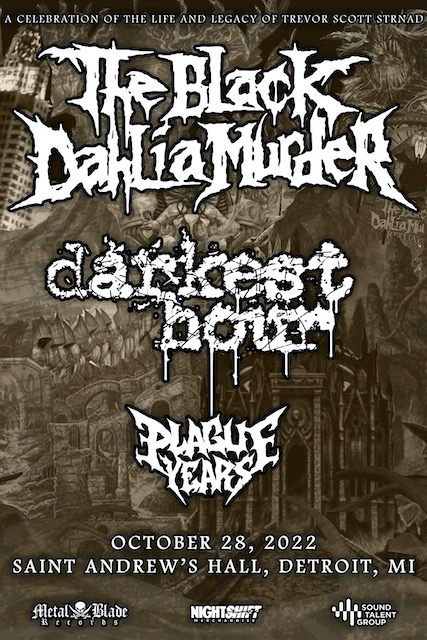 Decibel Magazine has interviewed all members of the band to discuss what's next, which will be the cover of the magazine's November 2022 issue out this month.

"We spent many days thinking things like, 'Is this over?,'" guitarist and co-founder Brian Eschbach tells Decibel. "None of us wanted it to be over. We still feel like there is a lot left to do. I know Trevor would keep this band going if I went down a deep, dark path and weren't here. It's bigger than us. When we finally started talking about it, we thought, 'Let's remake it from within and see if Ryan wants to return. And I'll take a crack on the vocals and see how it goes.' I can't go out there and do Trevor's voice or try to be him. I can only execute the music of the Black Dahlia Murder with respect and try to do it the most justice I can. I've heard Trevor perform more than anyone else alive."

Guitarist Ryan Knight says the decision to return was easy despite the difficult circumstances. "The time I've spent with this band is the best time I've ever had," he says. "Being away has given me a lot of time to reflect, and it always occurred to me that being in BDM is the best use of my time. I've thought a lot about the band while I was away and realized how much value this band has. I almost feel like I let some opportunities slip, being away from the band. So, it feels great to be back and like everything has come full circle. I've realized how much I love being in this band."

Albert Mudrian of Decibel Magazine has been kind enough to post the interview in its entirety on the Decibel site for fans to read. View the article here.