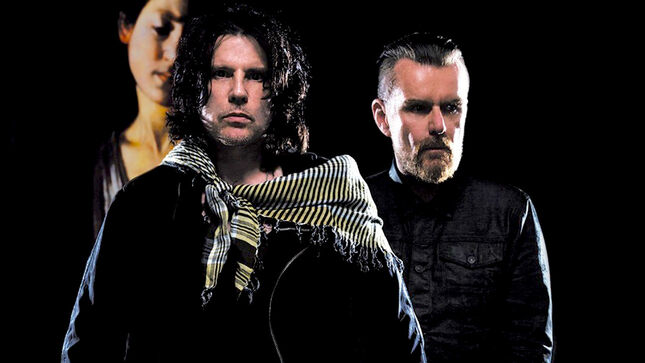 Having signed to Black Hill Records in 2020, The Cult spent lockdown working on a new album at Rockfield Studios in Monmouth where they made their first record, Dreamtime, 38 years ago. The “main bulk” of it is completed and mastered, guitarist Billy Duffy tells Yorkshire Post.

“There are always a few scraps left over that we need to figure out whether to make a casserole of them, but the body of the album is done, what we consider to be the best songs,” he says. “Over the period of the next six, seven or eight months songs will appear. We’ll probably play one live.

“Because of the pandemic it was sort of done long distance. For example, Ian (Astbury) never set foot in Rockfield. I was there with (Tom) Dalgety and the band, but Ian was in America and things were done remotely which was a shame but it just couldn’t be done any other way. Now it’s the classic example for a lot of bands where you’ve made an album now you learn how to play it. It’s very different to what it was in the 80s.”

Working with Dalgety, whose previous clients include Pixies, Ghost and Royal Blood, has been “great”, Duffy says. “We made a decision to use an English producer and challenge ourselves. The last two albums were done in America. One was with Chris Goss from Masters of Reality, that kind of stoner rock desert sound. Chris was amazing then Bob Rock helped to finish that one off, and then Bob did the next one, Hidden City, completely from the ground up.

“We just felt this time that we wanted to explore a different interpretation of what me and Ian could write, so that’s why we went with a British producer who has got a great CV. Tom is a young guy with a lot of energy but has some very dodgy 70s rock albums in his collection like I do, they shall remain nameless but he’s got some guilty pleasures so I knew he was not going to be too much of a pretentious individual when I saw what was in his record collection.”

Duffy says it is “hard” to compare the new record to others in their catalogue. “I said to somebody the other day I’m the guy in there plastering the walls and putting the windows in, I don’t get to stand back and look at the finished house,” he says. “I’m in there banging the nails in, that’s my gig, but I will get that objectivity (later).

“I would say it’s a rock album because all our albums are rock albums, but I would call it a bluesy-free zone. We consciously kept out some of the stuff that I might write that’s a bit more in the blues rock ’n’ roll genre. We just decided as a team. I did that stuff elsewhere (in Coloursound) with Mike (Peters) from The Alarm.

“I hate the expression ‘it’s like your early albums’, but with this one we wanted to keep things a bit more in that vein, more in the Love/Dreamtime palate, and maybe like the album from ’94 that the fans liked, our post-grunge apocalypse record that was just called The Cult. But it’s also more than that because it is quite epic in its scale, it’s quite a big-sounding record, it’s not small and twee by any means because Dalgety makes big-sounding records. It’s a bit thematic, a bit cinematic in places, but there’s not a lot of that Electric era Cult, typical AC/DC stuff."

The Cult recently announced dates for their "We Own The Night" North American tour. The trek, with support on select dates from Black Rebel Motorcycle Club and Zola Jesus will launch on July 8 in St. Paul, Minnesota and is scheduled to wrap on July 30 in Rama, Ontario (Canada). 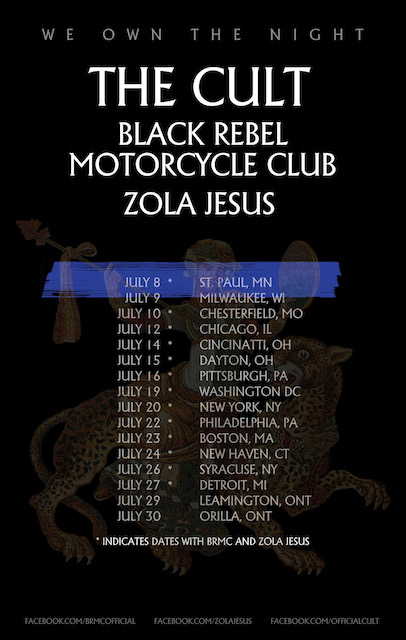