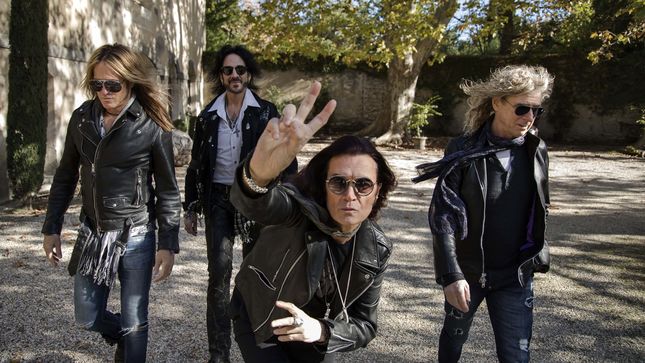 You’ve all been cooped up for a while now and most of you won’t have been to a live show for a year. So by February 3 next year, it will definitely be time to Get Out Of The House and ROCK!

The Dead Daisies will kick off 2021 in style with a Pan-European Headline Tour through the theatres of the “old world” showcasing the bands new line-up and eager to perform their first new music for fans since 2018.

“We can’t play for you in 2020 but, we are really looking forward to seeing you in 2021 for our Get Out Of The House Tour and playing as many stages across the planet as possible. Love is the answer & music is the healer, let’s rock n’ roll together.” - Glenn Hughes

With dates yet to be confirmed, the band will follow up with shows in the UK & Japan. They’ll then embark on a summer run throughout Europe combining arena and amphitheatre shows playing with Judas Priest & Foreigner and at some of the most famous and coveted festivals such as Graspop Belgium and Hellfest France.

And much more is on the horizon: Fans in the US, Canada, Australia and South America need not worry: The Dead Daisies will be coming for you in 2021 - you can count on it!!

The upcoming album, Holy Ground, was recorded by Producer Ben Grosse at La Fabrique Studio in the South of France and is slated for a January 2021 release to coincide with the tour.

"We are also thrilled to have special guests, UK band Those Damn Crows joining us on the tour! So get ready to turn it up, Get Out of Your House and come’n’ ROCK with us. DON’T MISS IT!"

(Special guest: Those Damn Crows, *except on these dates)