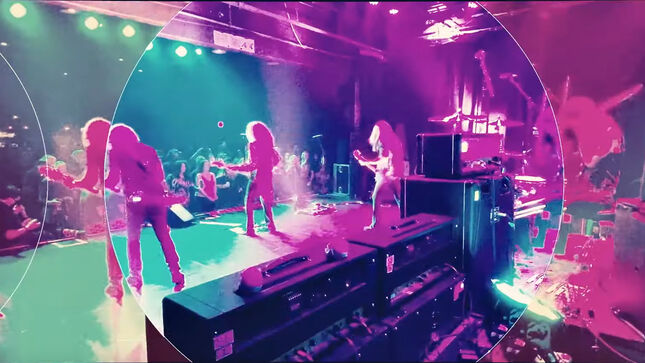 The tour will kick off in style on September 10th at the Apollo Theater in Rockford Illinois and will play a series of theatres and synonymous rock venues across the country. Each show will deliver an essential dose of undiluted rock featuring the dueling guitars of Doug Aldrich and David Lowy, the monstrous beats of drummer Tommy Clufetos and featuring the “Voice of Rock '' himself, Glenn Hughes.

Don Jamieson is an Emmy Award Winner known as one of the hosts of VH1’s That Metal Talk Show. The Black Moods hail from Tempe, Arizona playing raw amplified rock & roll, described as fiery and the very definition of ‘swagger’. Their latest single “Sunshine” hit the Top 20 Billboard Active Rock charts.

“We are extremely happy to announce the Like No Other Tour rolling out this Sept/Oct .... We’ve just returned from our Get Out Of The House warm-up dates and looking forward to delivering the main course. We’ll be ready to kick ass with all of our friends, so see ya there!!” - Doug Aldrich

This time around the band will be trialing a new signing initiative where you’ll be able to enter a virtual queue being mindful of keeping everyone safe. Thirty lucky fans will get the opportunity at each show, so you will need to get in quickly to join the digital queue - more details to come.

The Daisies are releasing a new very short film for their current hit single “Like No Other”. This second version will feature live footage from the recent Get Out Of The House warmup shows and give fans a glimpse of what’s to come. Check out the teaser:

What seemed to be a crowd favourite on the warm-up shows was a track from the Holy Ground album “My Fate”. So, watch out for the radio edit to be released to fans and radio on August 6.