The Evolution Of Heavy Metal Music And Where It Began 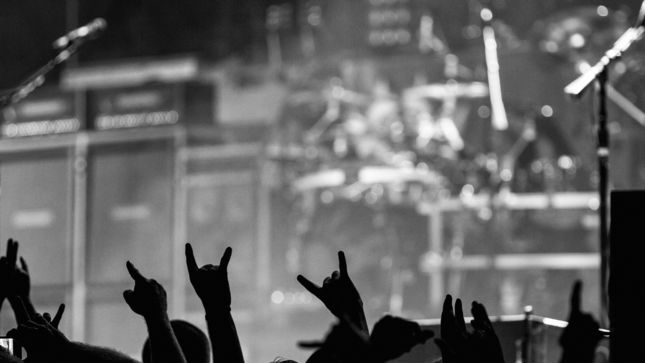 So you’ve just discovered you love listening to that powerful and loud music that is typically characterized by amplified distortions. Well, congratulations. You’re now part of that big (and still growing) heavy metal fan base. Before you head on to tutorial sites like the

Musician Authority to learn how to play those extended guitar solos, here’s a bit of information about your newfound love, a brief evolution of heavy metal and where it all began.

The roots of heavy metal can be traced back to the late 1960s when bands such as Led Zeppelin and The Jimi Hendrix Experience sowed the seeds of the musical genre. The bands drew their inspiration from groups such as The Beatles from the first half of the 1960s, but infused their music with the following:

- Lyrics that served as social commentaries of the time: The lyrics were typically reflective of dissatisfaction with people in authority and the status quo
- Emphatic beats: In this new type of music, the bass drum was also given prominence, with the musician making deliberate stresses with the drumsticks.
- Sonic disruption: Technological advances allowed for markedly different sounds. For example, the sound could be amplified a lot more, thanks to the Marshall stack, which is essentially a group of amplifiers arranged in a square layout

Songs such as “Communication Breakdown” and “Voodoo Child” exhibited the characteristics of what would later be known as heavy metal.

Heavy metal fans typically point at the 1970s as the period heavy metal was born. This was the period Black Sabbath, after all, introduced the dark, powerful sound in one self-titled album. Until “Black Sabbath” that contained songs typically reminiscent of the economically depressed industrial capital of Birmingham in the United Kingdom from which the band originated, the building blocks of heavy metal had been accidental, and it was not possible to pinpoint a musical album that could be said to have started it all.

With the screams, deafening bass rumbles and dark and pessimistic lyrics in the album that came out on Feb. 13, 1970, heavy metal finally took its form. The album was a resounding victory and rose to No. 8 in U.K. charts. In the United States, it ranked No. 23. The band would later release a similar album, “Paranoid,” which dominated the charts as well.

A few years later, in Hartford, just a few kilometers away from London, Deep Purple was becoming inspired by the same influences as their countrymen, but with its members showcasing their instrumental prowess in solos incorporated in their songs. “Smoke on the water,” from the band’s album “Machine Head” in 1972, for example, is known for having one of the best guitar riffs ever. Together with Led Zeppelin and Black Sabbath, the quintet completed what is now known as the trinity of heavy metal and British hard rock.

Heavy metal took on a different form during this period, with bands such as Saxon, Iron Maiden and Diamond Head removing the influence the blues had in the first wave of heavy metal songs, and introducing punk rock elements instead. During this period, the songs were characterized by the following:

Prior to this, Judas Priest had introduced the look of what would now be synonymous with the power of heavy metal: anything made of leather. To complement the style and the new musical theme, the bands typically gave very theatrical performances on stage during this period.

By this time, heavy metal was also already popular outside of the U.K., in North and South America, and in Europe.

4. Going Underground in the 1990s and in the Present

As time went on, many heavy metal bands became extreme, with performers using detuned guitars and highly guttural voices. In the 1990s, grunge, a new musical genre characterized by simple tones, was becoming increasingly popular. As a response, many heavy metal bands went underground, while those that continued mainstream such as Metallica, toned down their music, and gained considerable recognition.

At present, although heavy metal is no longer considered as mainstream as before with pop and alternative rock songs dominating the charts, it can take pride in its band of loyal followers, who bang their heads to Asabraum’s song “Transformation,” and to Blood Incantation’s songs in the “Hidden History of the Human Race.” The heavy metal songs of now have kept the dark and pessimistic tones of their predecessors and even moved to extremes with their themes, sometimes touching on taboo subjects such as the devil and death.

Heavy metal may no longer be as mainstream as before, but it’s far from dying. More of those who espouse the concept of freedom in the strictest sense of the word only love the genre even more because they believe its underground nature has allowed artists to flourish even more and touch on subjects that are considered taboo in society.

In short, thanks to fans like you, the writing of the history of heavy metal is actually far from over.