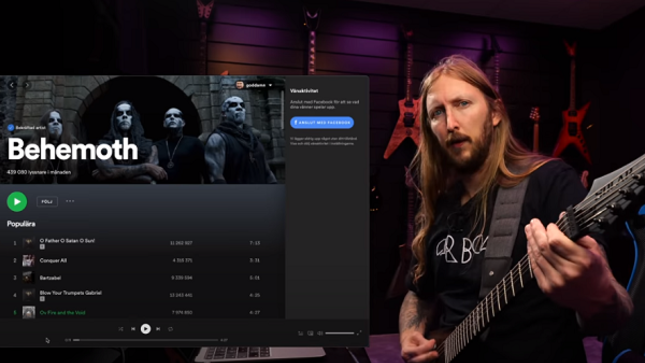 The Haunted guitarist Ola Englund has shared a new video to his Youtube channel, this time featuring himself learning how to play Behemoth's "Ov Fire And The Void". Check it out below.