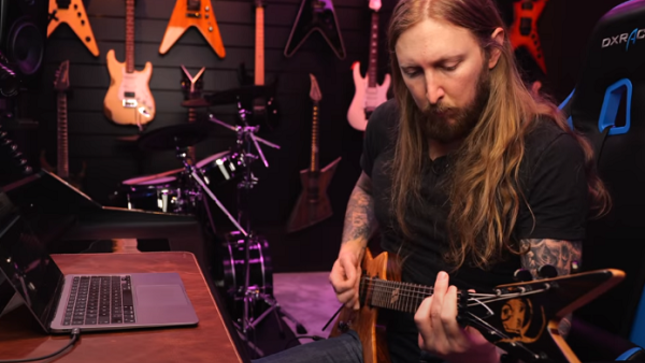 The Haunted guitarist Ola Englund has shared a new video to his YouTube channel, this time featuring himself learning how to play the Pantera classic "Becoming".

Englund: "One of those Pantera songs I never bothered learning. It's time! Brinf out the whammy! Guitar is tuned to standard D but with a tuner set to 425hz. Guitar tone is Archetype Plini and my DIMED Impulse Response."