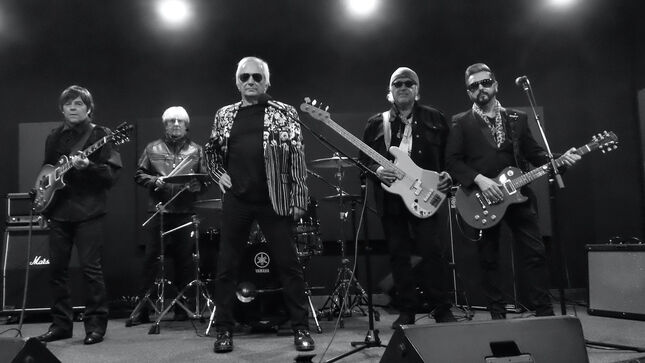 After recently releasing three classic live singles: "King Of The Night Time World", "Escape", and "Make It To The Party", L.A. rock icons The Hollywood Stars have today released another live single and video for "I Can’t Help It: through Golden Robot Records. "I Can’t Help It" is out now on all digital streaming platforms.

"‘I Can’t Help It’ is a song about a person who can’t help falling in love. No matter what he/she does, they see their person and fall deeper in love each day, each time they meet. It's a mid-tempo song which builds just before the end when it reprises the opening," commented The Hollywood Stars.

The singles "King Of The Night Time World" and "Escape:, both originally recorded by The Hollywood Stars, were then made famous by KISS and Alice Cooper respectively.