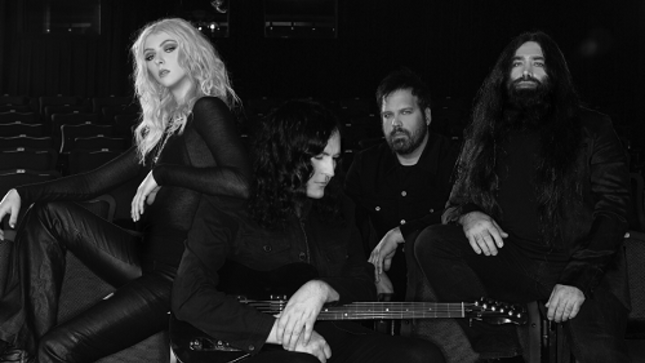 The Pretty Reckless have released a commentary version of their No.1-charting album Death By Rock And Roll. The band and producer Jonathan Wyman offer full commentary on each of the album's tracks on this special edition, out now. Get it here.

It's a guided tour of one of the most critically acclaimed and commercially successful rock albums of 2021 — provided by the people who made it!

"We've never talked about a record like this," the band says about the unique nature of the release. "It was interesting to look back and just go through memories of the actual recording. It makes you look at it from a different perspective."

Death By Rock And Roll was originally released in February 2021 via Fearless Records. Upon release, the record topped multiple sales charts — including Billboard's Top Albums, Rock, Hard Music, and Digital Charts. The record also yielded several No. 1 singles — "Death By Rock And Roll", "And So It Went" (Feat. Tom Morello), and "Only Love Can Save Me Now" (Feat. Matt Cameron + Kim Thayil) all topped the charts.