THE RETICENT To Release On The Eve Of A Goodbye Prog Metal Concept Album In October; Music Videos Streaming 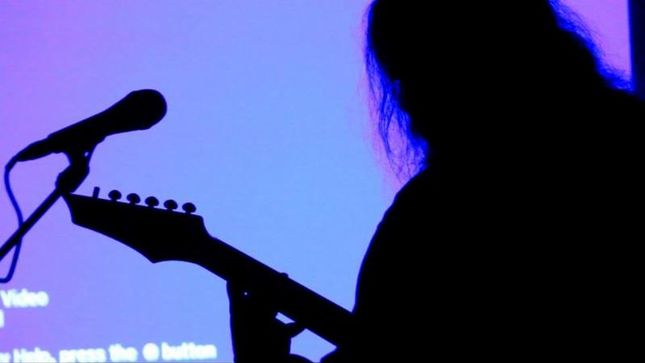 Grammy nominated Christopher Hathcock has returned with the fourth album from The Reticent. Heaven & Hell Records has announced the October 5th release of On The Eve Of A Goodbye. The album was produced by Jamie King (BTBAM, The Wretched, Scale The Summit), and will be released on limited edition CD with complete lyrics.

Check out the official video for album track "The Girl Broken", as well as "The Comprehension" video below.

This is undoubtedly the most ambitious and intense offering from The Reticent to date. An uncompromising autobiographical concept record, On The Eve Of A Goodbye is certain to exceed all expectations, boasting 73 minutes of stirring progressive metal that must be heard in its entirety to grasp the full magnitude.

On The Eve Of A Goodbye is an autobiographical concept album. All of the tracks serve to detail the day before, day of, and day after the suicide of The Reticent's mastermind Chris Hathcock's childhood friend, Eve. The songs chronicle his concern for her, her deterioration into self-hatred, and culminates with the tragic act and its aftermath. Not only a stylistic contrast to previous releases, this album is also intensely more personal than past Reticent albums (which were already emotional purges). The album is intended to be heard as a single entity rather than a collection of tracks.

The album was recorded in order in the span of a few days in the summer of 2015 (with a touch up in November 2015). Producer/Engineer Jamie King (known for previous work with BTBAM, The Wretched, Scale The Summit, etc.) chose to allow Hathcock to do as he needed in the studio as he felt it added greatly to the emotion of the record. In fact, on the song "Funeral For A Firefly" when trying to record the lead vocal part, Hathcock made it only two lines in before sobbing hysterically as memories and the trauma he had held back for a decade came flooding to the forefront. After calming to the point that he could catch his breath, Hathcock told Jamie King that he felt unable to record the song. Jamie encouraged him to try just one more time and if it didn't work, they'd drop it. Hathcock went back into the booth and made it through the entire song with constant tears streaming down his face and his voice cracking and quivering as he went through. Jamie was so affected by the performance he said he wanted to keep the raw performance - as in no edits to the sound so every sniffle and breath could be heard putting the listener in the booth with the despairing singer.

All music, lyrics, and narration written by Chris Hathcock

All instruments and vocals performed by Chris Hathcock except the following: