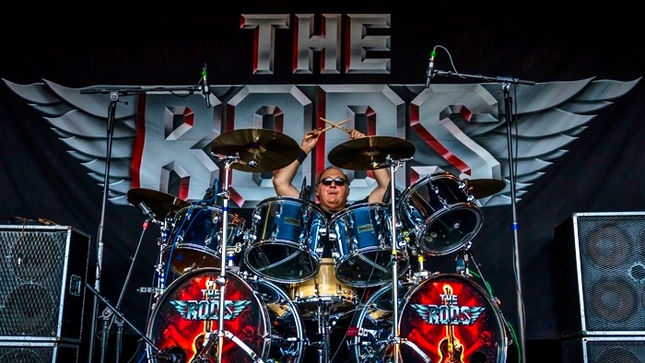 Based in Germany and the USA, Louder Than Loud Records will focalize to sign and develop new talent, not just established acts, as well as acquire back-catalog and reissue classic titles. The label’s first signing is the new, exciting band The 450’s.

The record company’s will direct its attention to provide a band friendly service centered around the artist’s individual needs as well as on artist development.

Here’s what some friends and colleagues say about Louder Than Loud Records:

Andy Hilfiger (Andrew Charles Fashion/Andy Hilfiger Entertainment): “I am very excited, proud and happy for Louder than Loud Records to launch. Growing up in upstate NY, I was always surrounded by fashion and music from Tommy’s place to Billy’s rock bands and our family friend Carl Canedy was and is someone we looked up to. His band Kelokos and later the Rods were the first national acts we knew, we saw them in our local area and also in NYC with Metallica opening for them. I can only imagine the music Louder Than Loud will be releasing. Congratulations guys!”

Joey Belladonna (Anthrax): “I would like to wish my friends Carl Canedy and Giles Lavery much luck on their new label 'Louder Than Loud' that they are launching. Good luck fellas!”

Johnny Z (Megaforce Records): “When I asked Carl to produce Anthrax and Overkill in 1984/1985 he turned it into a golden opportunity and earned him the title ‘label producer of the early Megaforce years.’ It also should be known that Carl had much to do with the arrangements of some of these recordings as well. There would have never been the Beast Is Black album by the legendary Blue Cheer without Mr. Canedy’s intervention. Now thirdly added to the Canedy mix is Carl’s ability to last as business man and most importantly of all he is a musician’s musician. And he garners respect of those he works with.  It’s about time the man took the law into his own hands. May Louder Than Loud rule!”

Robert Jacobs (The 450’s): “When it comes to the music business in Europe, Giles Lavery knows everyone and his name is everywhere. When we heard he was starting Louder Than Loud Records we jumped on it. We all knew right away that The 450s and Louder Than Loud were the perfect fit. And now we’re psyched to be their first release. It’s a great new label and a great new band. Can’t wait for everyone to hear the record. Cheers!”