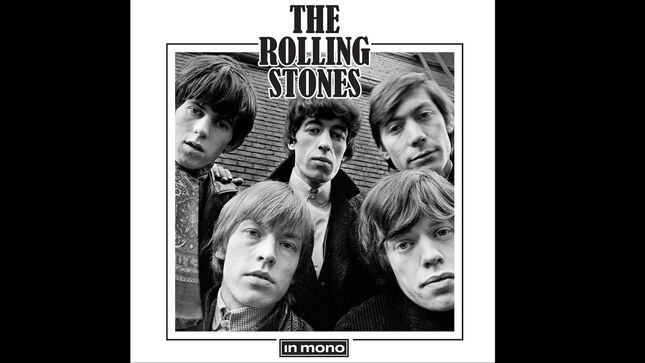 ABKCO Records is set to release The Rolling Stones In Mono (Limited Colour Edition) vinyl box set in early 2023. Originally issued on black vinyl, CD and digital in 2016, the updated version contains the entirety of the Rolling Stones’ 1960s recorded output (186 tracks spread across 16 180-gram LPs), now presented in a plethora of vinyl colours - 14 total - chosen to match the original cover art of classic albums such as Aftermath and Beggars Banquet.

Spanning the era between 1963 and 1969, The Rolling Stones In Mono (Limited Colour Edition) covers the formative years of the legendary London-based quintet, who were dubbed and acknowledged as “the world’s greatest rock and roll band,” as they were churning out era-defining hits such as “(I Can’t Get No) Satisfaction,” “Paint It, Black,” “Ruby Tuesday” and “Honky Tonk Women.” Packaged as 15 separate albums, The Rolling Stones In Mono contains key releases from the band’s US and UK discographies, organized to include every track from the era while minimizing catalog redundancies. Stray Cats, a 2-LP compilation exclusive within the vinyl box set, ties up all loose ends, incorporating every 1960s Rolling Stones track that isn’t found on the other 14 albums, for a total of 24 tracks. It includes two versions of the aforementioned “Poison Ivy,” Barrett Strong’s 1959 hit “Money,” as well as “Fortune Teller.” Other rarities include “Con Le Mie Lacrime,” a version of “As Tears Go By” sung in Italian, “Stoned” (the instrumental b-side of “I Wanna Be Your Man”), and the 1965 outtake of Otis Redding’s “I’ve Been Loving You Too Long,” now freed of the fake applause to disguise its studio origin when the track appeared on the 1966 LP Got Live If You Want It.

During this period, most rock and pop recordings were mixed in mono, with the stereo version often an afterthought, and only dealt with following the completion of the original (mono) version of a given track. In short, mono reigned and this was, indeed, the case for the Rolling Stones at that time. While typical playback systems of the ‘60s were less than sophisticated, the original mono recordings, especially as heard through quality components, were of the highest audio quality and had a powerful and very direct impact. "You felt you were in the room... listening to exactly what went down in the studio, no frills, no nothing," Keith Richards wrote in his autobiography, Life. "Rock was a completely new musical form," Mick Jagger explained in a 1995 Rolling Stone interview. "It hadn't been around for ten years when we started doing it... You felt like one of the chosen few, one of the only ones in the world who would get to play with this new toy. We had evangelical fervor." Late recording engineer Dave Hassinger explained how he mixed his ’64-’66 works for the Stones in mono. "They always played together at the same time. They would run the parts down, work out the changes here and there, nail it down, then start recording."

Rolling Stone senior editor David Fricke, in his 5,000-word essay that accompanies the set, writes, “The Rolling Stones In Mono is the full studio account of that first decade of history and mayhem, newly remastered with unprecedented fidelity and revelatory detail.” His commentaries are included with the box set as part of a 4-colour deluxe 48-page lie-flat book that features numerous rare photos by renowned photographer Terry O’Neill. The 16 LPs are housed in the original full colour album jackets that fit along with the book into a one piece specially crafted box. 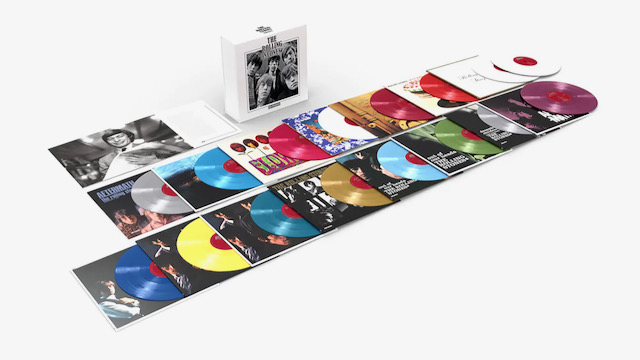