The Stadium Tour – Traffic Advisory Issued Ahead Of Hershey Show 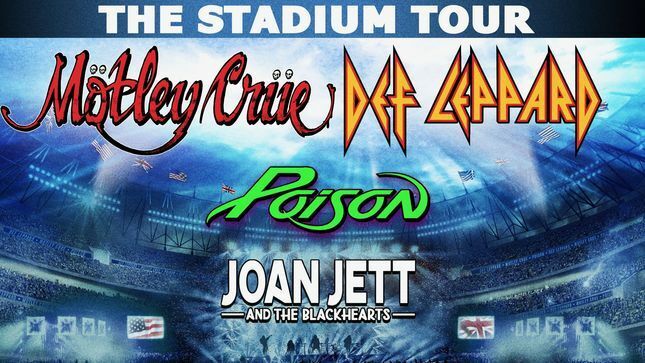 A traffic advisory has been issued ahead of a concert at Hersheypark Stadium featuring Mötley Crüe, Def Leppard with Poison, and Joan Jett & The Blackhearts on July 12 reports abc27.com.

Derry Township Police say the entrance to Hersheypark/Hersheypark Stadium from northbound Park Boulevard at the intersection of Chocolate World Way will be closed off around 11 AM to incoming traffic.

Produced by Live Nation, The Stadium Tour is set to steamroll through North America for the remainder of the summer. Remaining dates are listed below.