THE WHO - Collectable Coins Available Now From The Royal Mint

news the who rarities hard rock 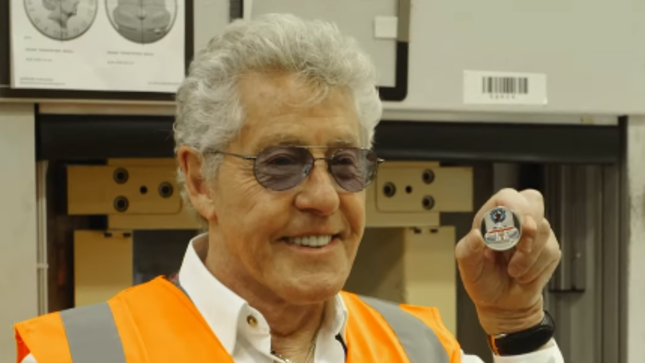 The Royal Mint has launched a new collectable coin range in honour of the iconic British band, The Who.

The coins’ dynamic design includes some of the most famed symbols from the band’s live and loud performances, all of which form part of a pinball table in tribute to the single "Pinball Wizard" and the album Tommy.

A number of coins feature a special ‘shockwave’ effect, radiating from the speaker - elevating the detail of the coin. This effect has been developed in honour of The Who’s record-breaking loud concert - a record that was held for a decade.

To celebrate the launch of the coin, co-founder and lead singer of The Who, Roger Daltrey, visited The Royal Mint to strike one of the very first coins. View the full collection at RoyalMint.com.

A statement from The Royal Mint reads:

Our Music Legends collection showcases iconic acts from the nation’s diverse musical past and present. It’s not often that a band will span generations, but The Who, with their explosive performances, have been a part of Britain’s soundtrack for more than 50 years. Together, groundbreaking lead guitarist Pete Townshend, microphone-twirling Roger Daltrey, John ‘The Ox’ Entwistle, and maverick drummer Keith Moon challenged genres, broke records and thrilled fans with their unique style.

Artist Henry Gray has included some of the most iconic symbols from the band’s live and loud performances in his design. A Union flag, mod logo and speaker-smashing Rickenbacker guitar all feature in the form of a pinball table, which is a nod to Tommy, one of the band’s most famous creations.