THEM DAMN KINGS Release Video For "The Pill" 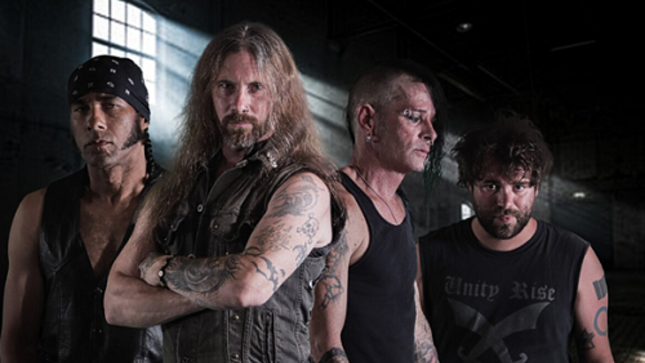 Georgia based hard rock / metal band Them Damn Kings have just released their debut album, Rise Up. It features the tracks "Throw It Away" and "Yesterday" which were released to US metal radio last year.

Them Damn Kings is the wrecking machine created by guitarist / multi-instrumentalist / vocalist Jef Rhodes. Jef is a long-time professional Front Of House Engineer, and Backline Tech who has over two decades of international touring experience with such bands as: Opeth, Cradle Of Filth, Highly Suspect, Lacuna Coil, Watain, and Mayhem.

Enlisting former Lacuna Coil drummer Ryan Folden, the pair have recorded Rise Up, a monster of a debut album that sounds both new and exciting - while simultaneously reminding listeners of that golden age of the early ‘90s when hard rock, metal, and grunge ruled the late night rock clubs of the world.

The newly released video for "The Pill" from Rise Up can be seen below.

“After two damn years I’m excited and proud to finally announce our album, Rise Up, is available for your listening displeasure. I’m beyond excited for you guys to finally hear the full record!” says Rhodes. “Rise Up is just a starting point for us bastardizing rock n’ roll with our own heavy-handed spin on it. The riffs are flowing! And even as you’re reading this, I’ve already started writing the next album.”

Rise Up artwork and tracklisting: