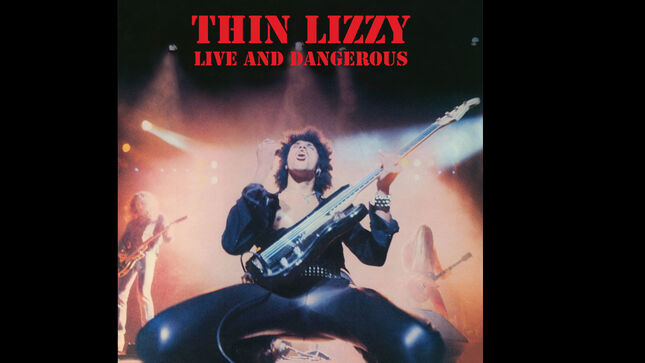 In a new interview for a special Thin Lizzy edition of Record Collector magazine, Thin Lizzy guitarist Scott Gorham has addressed producer Tony Visconti’s controversial claims that the classic 1978 live album was heavily overdubbed in the studio. Gorham is on record as saying, “The joke is, every five years, the percentage of overdubs goes up. I think we're now up to 75% overdubs.”

RC: A Live and Dangerous box set has been announced for early 2023, featuring the source concerts from which the album was compiled. Both you and Brian Downey have strongly disputed producer Tony Visconti’s claims that the album was heavily overdubbed in the studio. You’ve never denied that minimal overdubs took place.

Gorham: “Every live album has some overdubs. Live, people drop clangers. Hopefully you can bury mistakes in the mix, but sometimes you just can't. There was a couple of rhythm tracks where I mistimed something or hit the wrong note, and we couldn't drop in, so I redid the rhythm guitar. Phil did a couple of bass overdubs. There were background vocal overdubs on two or three tracks, not Phil.  And that was pretty much it. When the rest of the Live and Dangerous things come out, you can judge for yourself.”

RC: Those are absolutely untouched, as they were played on the night?

RC: So, with no disrespect to Tony Visconti, those recordings are going to completely disprove his allegations about the original album?

Nevertheless, Gorham still graciously names Visconti as the producer who came closest to capturing Lizzy’s onstage magic on a studio album, adding, “Brian Downey and Brian [Robertson] and I always had our conflicts with Tony, but if you look at the overall picture, I think he did a wonderful job.”

2023 sees the 45th anniversary of what is widely regarded as one of the greatest live albums of all time, Thin Lizzy’s double platinum-selling Live And Dangerous, which was recorded in London and Philadelphia in 1977 during the Johnny the Fox and Bad Reputation tours and it’s set to return on January 20, 2023.

To celebrate the anniversary, the album will be released as a definitive 8CD super deluxe version featuring a newly remastered version of the original album alongside all of the gigs recorded for Live And Dangerous. These six shows from London, Toronto and Philadelphia have been newly mixed by Ben Findlay from the original multi-tracks and mastered by Andy Pearce, overseen by legendary Lizzy guitarist Scott Gorham. 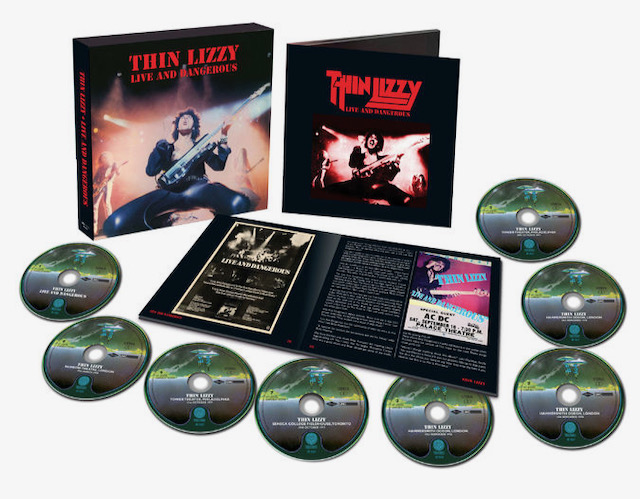 Live And Dangerous was originally intended to be a studio album, working with producer Tony Visconti on Bad Reputation. The band had enjoyed massive success with that record and was keen to work with him again. However, Visconti had only had a small window in his schedule, so Lizzy’s leader Philip Lynott came up with the idea that they spend two weeks together compiling a live album instead. When Live And Dangerous was initially released in 1978, the album spent the best part of three months in the UK top ten and was only denied the top spot by one of the best-selling albums of all time, the soundtrack to Saturday Night Fever.

The super deluxe edition of Live And Dangerous finally puts to bed the myth that the album was extensively overdubbed in the studio and proves that Thin Lizzy was not only at the top of their game night after night but was one of the best live bands of the 1970s. The 12 x 12 package also includes sleeve notes with new interviews by Mark Blake and a booklet packed with rare photos and memorabilia. 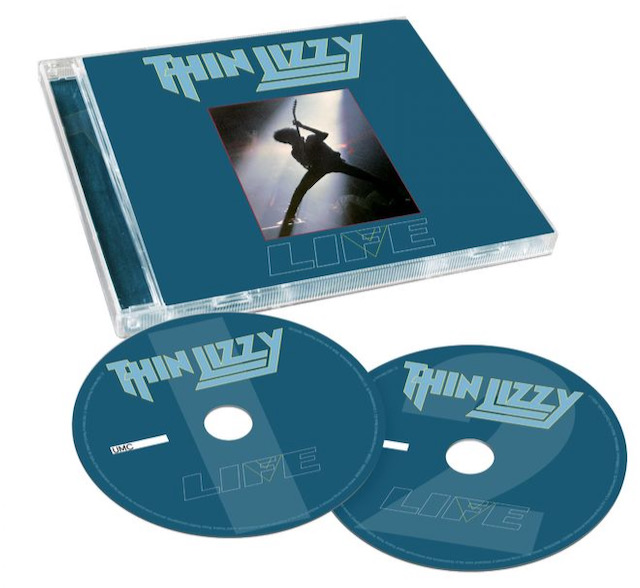 Thin Lizzy’s Life Live was initially released in the Autumn of 1983 and was the band’s final album, recorded on their farewell tour earlier that year.

Thin Lizzy’s leader Phil Lynott had felt it was time to disband the group after the Thunder And Lightning tour, and to mark the occasion, he gathered together former Thin Lizzy guitarists Eric Bell (1969-73), Brian Robertson (1974-78) and Gary Moore (1974, 1977 and 1978-79) who joined the band on stage at Hammersmith Odeon.

During the performance of the Lizzy classic “The Rocker”, all of the guitarists played simultaneously along with John Sykes & Scott Gorham, making a total of eight members on stage performing. Former guitarist Snowy White (1980-1982) also appears on the album on three tracks, “Renegade”, “Hollywood”, and “Killer On The Loose”, which were recorded in 1981. This 40th anniversary version has been remastered from the best sources available.