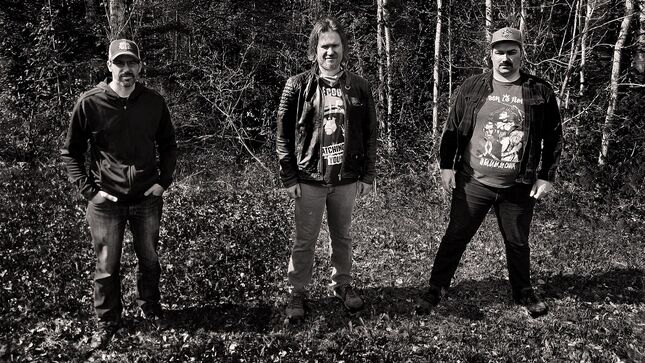 Montreal, Canada's Thrash La Reine, is coming at you hard and fast in their usual manner, but they take a hard turn into folk metal territory with their forthcoming album Notre-Dame-de-l’Enfer, which will be a compendium of French Canadian/ Quebec folk tales. The first single off this album is “Au Chant de L'Alouette”, a cover of a traditional French Canadian song. The band explains the track:

"A lot of people already know the lyrics of this song as it is often sung in family reunions or at night around campfires. For people who do not know about it, this type of song is a ‘’chanson à répondre’ (answering song)’ which means that the lead singer sings the first line of the verse, then the other singers or crowd answer by singing the same line. It is often sung during parties and gatherings. We wanted to give the song a modern edge, so we changed the melodies a bit and added a lot of gang vocals to throw the party in!”

Another key element found in Quebecois music is present in the bridge, one voice sings the same note while the lead voice sings a melody. The subtlety adds to the immersion that Thrash La Reine prides itself on, all of their lyrics are in French while still remaining accessible for people not fluent in the language.

This upcoming album will be the third release from the band, following La Foi, La Loi, La Croix (2019) and Le Métal Est Notre Langue (2018). It is the band’s attempt to make a metal opera about French Canadian stories, which will shine some light on French folklore presented in an energetic and catchy fashion. Thrash La Reine is recommended for fans of Alestorm, Powerwolf, and King Diamond. 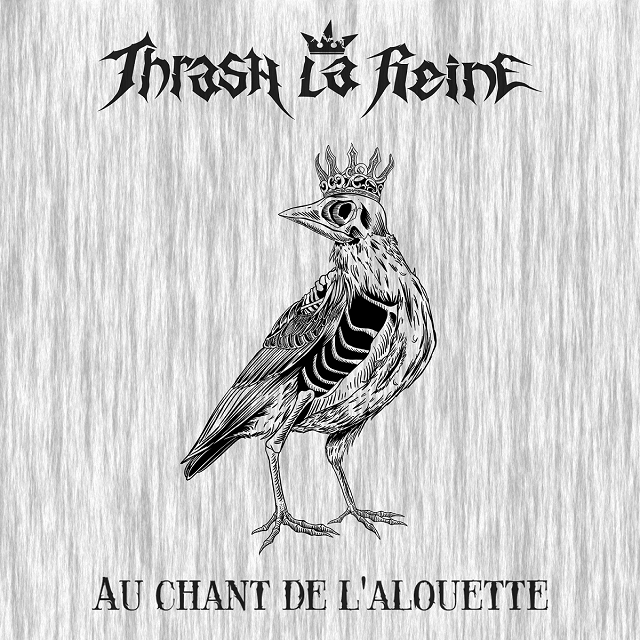 To ensure everyone has a cool song to party to during the French Canadian national holiday and for the summer, “Au Chant de L'Alouette” will be available on St-Jean-Baptiste (Fête Nationale du Québec), June 24, 2021 and the entire album will be released in autumn of this year.