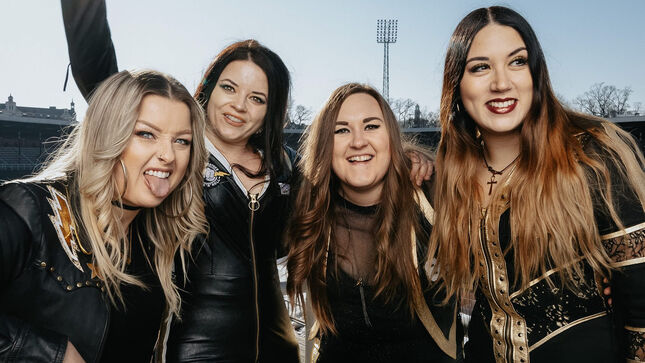 The rise of all-female heavy rock act, Thundermother, has been impressive. Following their highly lauded, chart-breaking album Heat Wave (2020), the band is now set to release studio album, Black And Gold, via AFM Records on August 19.

"'Hot Mess' is about finding that one person that really sees you, and accepts you for who you are, flaws and all," says vocalist Guernica Mancini. "We couldn't be more happy with the video! Emlee has really been able to capture the emotions of the song in this beautifully executed photo collage. From the melancholy of being away from someone you love, and longing to feel that love, and then to finally having it. Emlee's talent transcends our expectations. We are so grateful to have the good fortune of such a multi-talented, creative force, in our tribe. We love this video, and we love her!!"

Emlee adds: "To my band, thank you for believing in me as a video director/producer and trusting me with my vision. To my sisters, thank you for lending me the equipment necessary to make this video happen, and last but not least, thank you Petter for always being my rock, coach and problem solver. Without your support I would have lost my mind!“

The band's twelve new, adrenaline-fuelled songs will take fans on a wild, high voltage, power-ride into the  filthy yet catchy rock ‘n’ roll sound Thundermother is known, and loved for. The new album delivers infectious party rock songs with an irresistible feel-good appeal. Undoubtedly, Black And Gold, is set to become an iconic, next level release, for this charismatic, and ambitious band, as album tracks "I Don't Know You," and "Watch Out" have already proven.

With four studio albums, and countless, critically acclaimed live shows under their belt – not even a global pandemic could slow their roll -- they continued to wow fans with such antics as playing a concert from the roof of a fire truck. Thundermother were born to rock, their energetic live shows simply have to be seen. News of their impressive stage prowess quickly reached the top, culminating with Thundermother receiving the highest honor: an invitation from none other than the legendary Scorpions and Whitesnake to join the North American Rock Believer stadium tour in 2022.

Thundermother's new album, Black And Gold, was recorded at Bagpipe Studios, Stockholm, and was mixed and mastered by Søren Andersen at Medley Studios in Copenhagen. AFM Records will release the album August 19 on vinyl, CD and digital formats. Album pre-sale is now live, here. 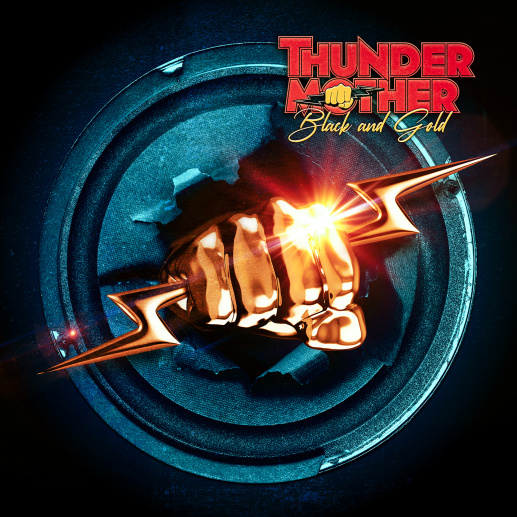