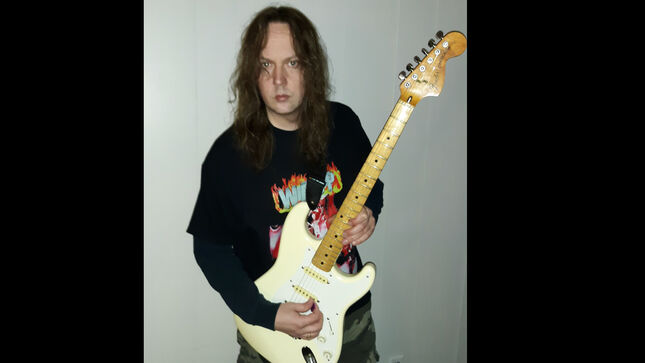 States the guitarist: "I felt really inspired and recorded four instrumental tunes that I might have tried to add to my forthcoming coming Moribund Records solo album, From The Aether. It's too late to do that, that album is in production. Shredguy Records agreed to release the EP and it's kind of a companion to the Moribund album coming in January."

The guitarist continues regarding live dates: "I have a whole show with pre-recorded bass and drum tracks to accompany my guitar playing. I play everything from Johnny Winter to Yngwie Malmsteen and my own material. It's kind of a tribute show to my favorite guitarists.

"Getting booked regionally was a bit difficult because this is neither a cover band gig nor some local thrash band, it's totally eclectic. I have been having some luck though, I've found some great venues to play in Sheridan, WY, Casper, WY, and Billings, MT. The clubs that are hosting me "get it" and are very supportive"