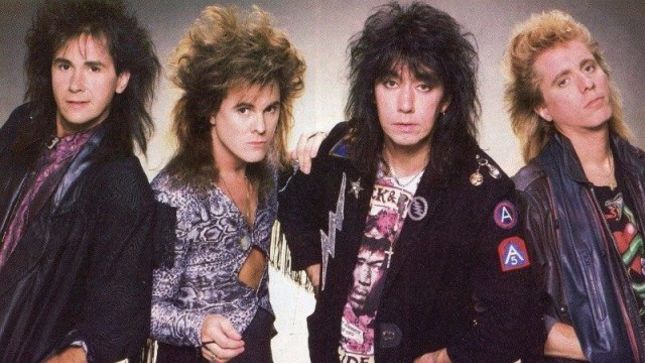 On the latest episode of the 80’s Glam Metalcast, vocalist / songwriter / multi-instrumentalist Tod Howarth revisits his time playing with Ace Frehley in Frehley's Comet, and talks about his recent and upcoming projects.

On his current projects:

"I am working on three solo CD's. I'm playing all the instruments and doing the songwriting, singing, and producing of course. The first record is a heavy, big rock composition. The second one is kinda like adult contemporary, with more piano and acoustic guitars. The third record is acoustic versions of Frehley's Comet songs that I wrote and or sang for the Comet. So I'm working on those and my autobiography."

On playing with Vinnie Vincent at the KISS Kruise send-off:

"I knew he was a replacement player in KISS, but I didn't know him personally. I didn't really know what to expect. He came in, he wasn't very boisterous. He was with an entourage, that I guess you would have if you were of that stature - having played lead guitar with KISS. It was fun to do some songs with him. I expected him to play and rip on some solos, but he deferred to our guitarist to do them. I did talk to a fan that saw Vinnie play somewhere and he said he was ripping it up. The fan asked Vinnie why he didn't do that when he played with us and and Vinnie said it was out of respect. I think that is considerate, but we would have all loved to see him kick some ass up there."

On the Second Sighting album:

"A lot of people say how much they love Second Sighting. Second Sighting was kinda rushed in an effort to keep the momentum going. Ace had bronchitis early on working on it and he didn't have a lot of songs written. I was a madman writing songs all the time. So, Ace was gracious enough to say 'Let's put Tod's songs on there.' It could have gone better, but it could have gone a lot worse."

On why he was out of the band for Trouble Walkin':

"There has been a lot of print and rumors about this. The truth is for the next album, the label wanted Ace to write and sing everything. That left me with nothing to do and nothing to earn. It wasn't my record deal, it was Ace's. So, if I'm not singing and showcasing myself, its basically a face slap and puts me in the background again. I had enough of that. I called Ace and told him I had to bow out. He told me he didn't want me to leave. I figured I had to take a gamble and go out on my own. There was some good stuff on it, but it wasn't my cup of tea musically."