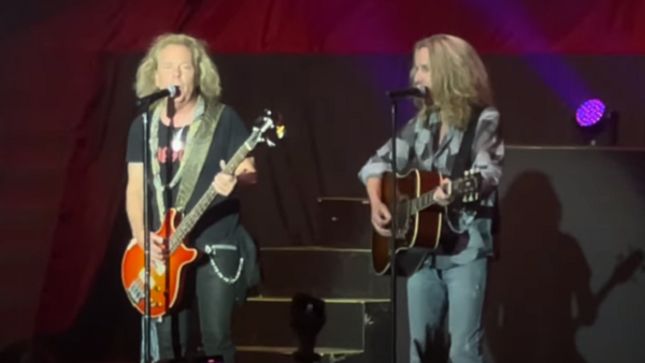 On April 22nd, Night Ranger played the St. Augustine Amphitheatre in St. Augustine, FL. During their set, the band was joined by frontman Jack Blades' former Damn Yankees bandmate Tommy Shaw for a performance of the hit "High Enough". Check out the fan-filmed video below.

"High Enough" is featured on the self-titled Damn Yankees album released in 1990. The song hit #3 on the US Billboard Hot 100 chart, the group's first (and only) Top Ten single. It also reached #2 on the US Mainstream Rock Tracks chart. The success of "High Enough" helped send the album into the Top 20 on the US albums chart.