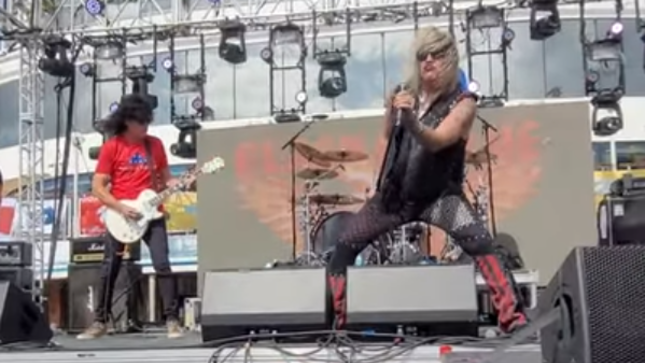 KISS Kruise X, which was due to sail from Miami to Harvest Caye, Belize & Roatan, Honduras from October 30th - November 4th, 2020 aboard Norwegian Pearl, kicked off on October 29th and concluded on November 3rd.

Mike Brunn, who runs the The Rock Experience With Mike Brunn, has shared footage from KISS Kruise X featuring KISS guitarist Tommy Thayer back on stage with his former band, Black 'N Blue. Check out the set below.