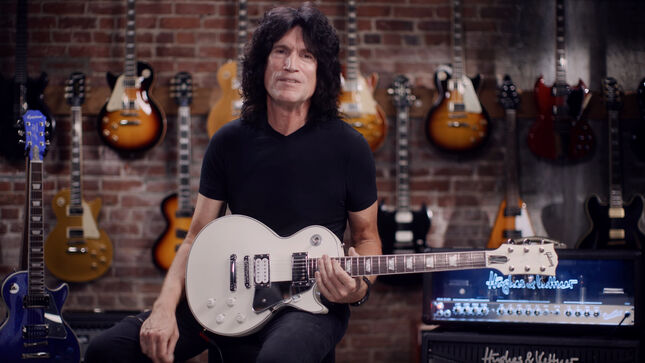 The new Gibson App simplifies the learning process and brings guitar-playing to life for the current and next generation of guitarists in a modern, comprehensive, and intuitive way. The Gibson App is the place to take your guitar-playing to the next level. New to the App this week is the Gibson App Guide, where players can get exclusive step-by-step guidance and instruction straight from the music icons who write and perform legendary songs.

In the latest addition to the Gibson App Guide, fans can learn how to play KISS legend, guitarist Tommy “Spaceman” Thayer’s favorite iconic KISS guitar solos including “Shout It Out Loud,” “Detroit Rock City,” “Black Diamond,” and “Psycho Circus.” Learn each solo through video-guided lessons from Tommy Thayer himself showing you all of his hints and tricks to master the individual parts, then jump into the song lessons and refine those newly acquired solo skills. New Gibson App Guides are added regularly and include Jared James Nichols’ “Guide to Blues,” Richie Faulkner’s (Judas Priest) “Guide to Metal,” CELISSE’s “Guide to Songwriting,” and more.

Thayer has had a long relationship with Gibson and Epiphone, releasing four sold out Epiphone Les Paul signature guitars with the brand including his most recent release, the Epiphone Tommy Thayer Electric Blue Les Paul. Fans can catch Tommy performing live in arenas around the globe on the KISS End Of The Road Tour. 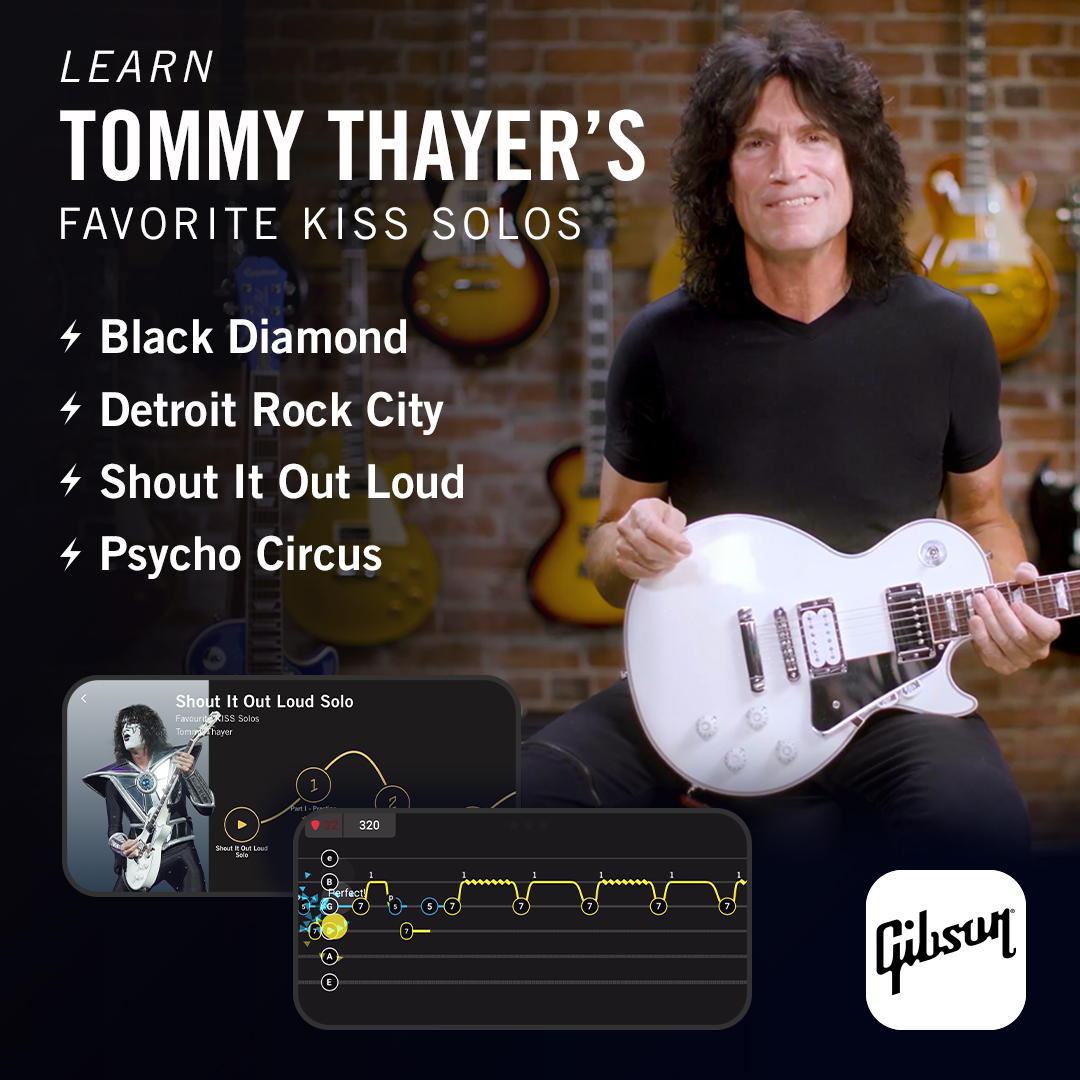 The Gibson App uses a unique two-way, interactive platform to teach guitar students how to do everything from playing their first note to shredding loads of songs. The Gibson App features interactive lessons with thousands of lessons and songs. Learn the songs step-by-step with video tutorials from superstar artists and pro guitarists in the “Gibson App Guide.” The Gibson App also includes a built-in tuner, metronome, Gibson TV, and new songs are added every week. The Gibson App free version features a few lessons a day, the premium version of the Gibson App offers full access and a 14-day free trial, then $19.99/£16.49 monthly or $119.99/£98.99 yearly. Download the Gibson App at the Google Play Store.

The Gibson App uses “audio augmented reality” to provide dynamic feedback to students as they learn and play. As you pluck a note or strum a chord, the Gibson App listens to your guitar and gives you real-time feedback on your playing. It also gives students a more contextual learning experience: Instead of learning chords and scales in a vacuum, you’re able to practice on a scrolling tablature that lets you hear how you sound with the backing of a virtual band. That means you can load up Tom Petty’s “American Girl,” Pixies’ “Where is My Mind,” Joan Jett’s “I Hate Myself For Loving You,” Kane Brown’s “Heaven,” Ed Sheeran’s “Shape Of You,” Queen’s “Killer Queen,” and Guns ‘N Roses “Sweet Child O’ Mine,” and hundreds of songs in a wide-range of genres, to see how your play matches up with such seminal tracks.