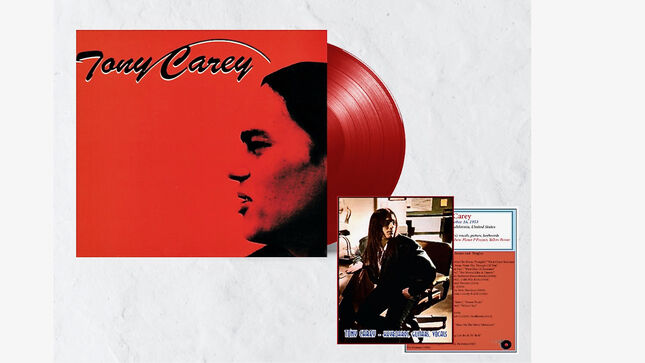 After nearly forty years since it's 1982 release, music label Renaissance Records announces the arrival of I Won't Be Home Tonight on vinyl by Tony Carey.

Tony Carey had spent two full world tours with Rainbow when he left the band in 1977 to pursue a solo career. This eventually resulted in the masterpiece that is Tony Carey's second solo album, I Won't Be Home Tonight. The rock album spawned singles, "I Won't Be Home Tonight", "Running Away From The Thought Of You" and "West Coast Summer Nights". "West Coast Summer Nights" went on to peak at #8 on Billboard's Top Rock Hot 100 Chart.

“This album is very melodic and is full of catchy choruses.” Jonie Lyle, inventory assistant at Renaissance Records states. “We've carried this album on CD for years. After almost four decades since it's original pressing it was time to get it repressed onto it's original medium.”

I Won't Be Home Tonight is now available on limited edition 150g red colored vinyl that includes extra incentives that Renaissance Records is known to include in their deluxe vinyl packaging. These extra incentives include lyric sheets, a poster and a trading card of Tony Carey.

Side 1:
"I Won't Be Home Tonight"
"Running Away From The Thought Of You"
"I'd Tell The World About Her"
"Carry My Love"
"I Don't Care"

Side 2:
"West Coast Summer Nights
"Natalia"
"Vigilante"
"Something For Nothing"
"Sing Along"

Additional information on this release and upcoming releases is available at www.RenaissanceRecordsUS.com. This release is now available on their online store.