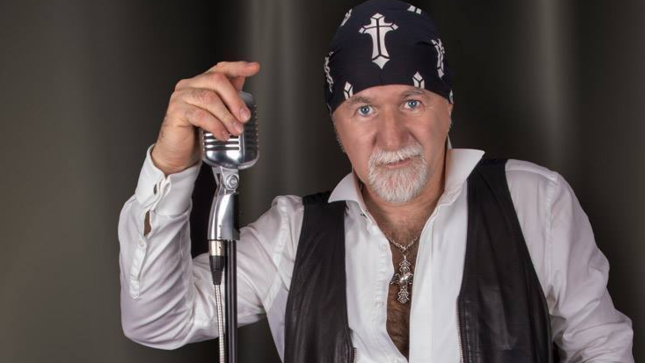 BraveWords had the honour to speak to former Black Sabbath singer Tony Martin recently about his excellent new (and best-selling!) album Thorns, and the chat will air this weekend (Saturday, January 22nd) on Streaming For Vengeance. Tony Martin debuted on 1987’s The Eternal Idol and went on to record four more studio albums in total including 1989’s Headless Cross, 1990’s Tyr, 1994’s Cross Purposes and 1995’s Forbidden. For collectors, his era of Black Sabbath has been extremely hard to acquire, even via streaming services, although earlier today he revealed (here) that a new record deal has been signed.

In an excerpt from the SFV chat, Martin talks about his history with Black Sabbath as a music fan and eventully getting the opportunity of a lifetime, singing for the band! 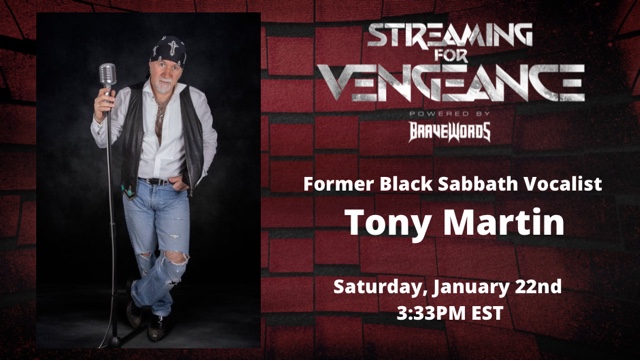 BraveWords: Were you an Ozzy fan or a Dio-era Black Sabbath follower? Were you watching and listening as a fan?

Martin: “When I was a kid, 1971 turned it all around for me. There was so much going on in 1971, especially from England. I don’t know how we produced so many acts from such a little island. How did all that stuff come from there? But it was, it was all over, and I was into it all. I started to focus on the more technical stuff, like Jethro Tull, Yes, King Crimson, and that kind of stuff, and then eventually Rush and people like that. When I was a kid, like 15, I didn’t even like Black Sabbath. I took my first girlfriend to see them and I just thought it was horrible. So, honestly, I had to learn what it was. And you don’t understand, once you’re in the band you get to learn what it is, and then it’s like, ‘Ohhh! Yeah! I see what it is.’ And once you find it, it’s stunning. It’s absolutely stunning. The stuff that Iommi does is just incredible. The grace that he has and the power it has, the melody that it has, it’s just amazing, it really is. I wish I had taken more notice when I was younger, but at the time you know, you think you’re clever and it’s ‘Oh, I like techno-rock and that sort of stuff’, but it was under my radar for a while.”

BraveWords: But it’s a hell of a thing to have on a resume!

Martin: “Yeah. I don’t have much to complain about in that respect. Black Sabbath was hard work. Mostly because there was such a separation between us. I’m 12 years younger than the rest of the guys in Sabbath, so our circle of friends was different and the way that we worked is different. They had 12 years, at least, of experience ahead of me, which I could never really keep up with. They were always that much experience away from me. So it was hard work in that respect, but Sabbath has given me a name which I have to be grateful for. But I did the best I could while I was there. I think people are starting to sort of pick up on the Tony Martin here even though it’s not out there for sale, they are still finding it.”

BraveWords: But let’s be frank here. Ozzy was fired. Dio resurrected the band, but their label (Vertigo) wanted Ozzy to the point that they refused to pay the studio expenses for Heaven And Hell. Dio wanted to go solo during the Mob Rules era. Deep Purple’s Gillan replaced Dio during a drunken binge with Tony Iommi and Geezer Butler. Glenn Hughes took the mic for - what was supposed to be an Iommi solo album - Seventh Star. Hughes gets fired during the tour and future Badlands singer Ray Gillen gets hired. Eventually you replace Gillen and the stunning Eternal Idol album is born. So, the question is, was anybody really in charge (laughs)?

Martin: “Let me tell you, it’s a fascinating question. And it would take us longer than we have time for here, but Tony Iommi went through six or seven managers that I was involved with, basically, and it got a little bit like Spinal Tap, with all the managers and the band things that were going on. The different changes, the different members and stuff like that, and it was really hard to keep up with. When I started, it was actually 1986. Tony’s manager then was Patrick Meehan and he put me on standby because he had a problem with Glenn Hughes on the Seventh Star album, I don’t really know what the issues were. But they put me on standby then, and I was scared stiff because I can’t sing like Glenn Hughes - nobody can sing like Glenn Hughes - only Glenn Hughes can sing like Glenn Hughes. So I was scared to death and then they got it sorted with Glenn, and Ray Gillen stepped in, then he left and went to Blue Murder with John Sykes, and they put me on standby again. And then they said, ‘You better come down to the studio and try something.’ So I went down, and I got the job. So it was like from nowhere, to being the frontman of Sabbath in weeks. Unbelievable speed. So you think it’s nobody in charge, but it’s the way the band evolved. Once that happened, it led to something else, which led to something else. With Sabbath it’s a constantly changing, evolving story. Fascinating. For fans and people like yourself who are into that side of it, it’s just such a story to tell, there’s so much in there, it’s amazing.”


“But I had to learn really fast,” Martin continues. “That was an eye-opener and that was the opening of my professional career. I have to say the Eternal Idol, or the ‘Eternal Idiot’ as we call it - do you want to hear the story behind that?”

Martin: “So, we’d been on tour and we came back home, and we went to Tony Iommi’s house. He had a gardener and it was an Irish dude. Now, we walk in through the gate and this Irish dude said, ‘Tony! Your new album, the Eternal Idiot, I fucking love it!’, just like that. Tony turned to me and said, ‘Did he just call me an Eternal Idiot?’, and I said, ‘Yeah!’”

Martin: “So we always call it the Eternal Idiot. Anyway, the Eternal Idol was the album that introduced me to Black Sabbath, and that gave me a buffer because I didn’t have to write anything and I didn’t have to create any of the melodies, that was already written by the time I got there. So that meant I could just sing. And in that process, by singing what was already there I was able to learn, I mean I had to learn fast, but I was able to learn about being in Sabbath. So, from a standing start being nowhere, to being the frontman of Black Sabbath, I had this little window where I could gather as much information as I could and put myself into the spot. But like I said earlier, they were 12 years older than me and way in front and it was hard to keep up with them, but I did what I could, and my voice was in my favour so it carried me along, if you like.”