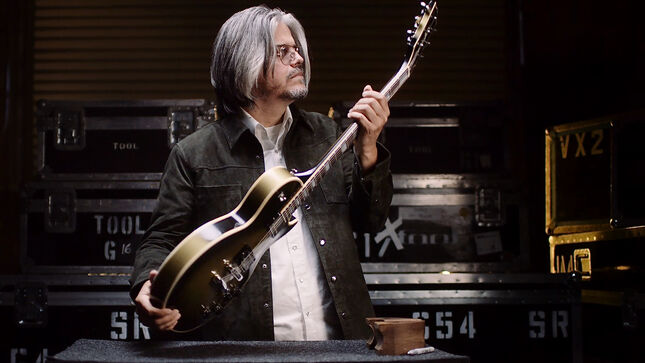 There's no denying the impact four-time Grammy Award winner Adam Jones has on the guitar world and the entire music community - every member of the Tool Army would agree. To honor Adam's original 1979 Les Paul Custom and further cement Adam's connection to the now-hallowed Silverburst Les Paul Custom, the 1979V2 is a new take on the original guitar, with the addition of new custom artwork, designed by Korin Faught. There is even a headstock mirror included in the hardshell case.

Only 79 guitars autographed and numbered by Adam himself have been hand-crafted by the expert luthiers and craftspeople of the Gibson Custom Shop and the Murphy Lab, led by Master Artisan Tom Murphy.