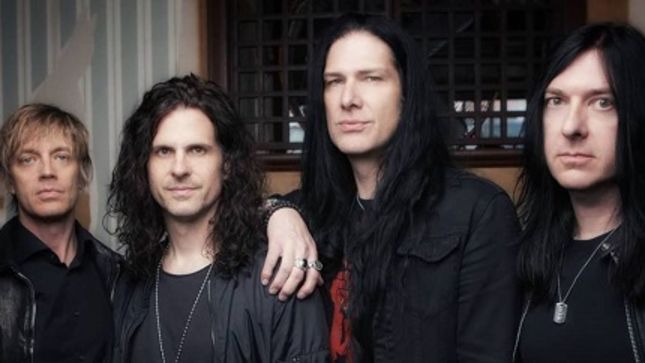 All-Canadian cover band Toque, featuring Todd Kerns and Brent Fitz - both of whom play in Slash Featuring Myles Kennedy And The Conspirators - along with Cory Churko (Shania Twain) and Shane Gaalaas, will release their second album, Never Enough, on August 28th.

While the tracklisting is still under wraps, the cover art for Never Enough can be viewed below. Digital downloads can be pre-ordered now at this location; CDs will be available at the end of the month. Fans should take note that the digital pre-order comes with a free bonus track not available on the CD.

Toque will release their next single, "Never Enough For You" on August 16th. Don't recognize the name? That's because it's the first original song written and recorded by the band.