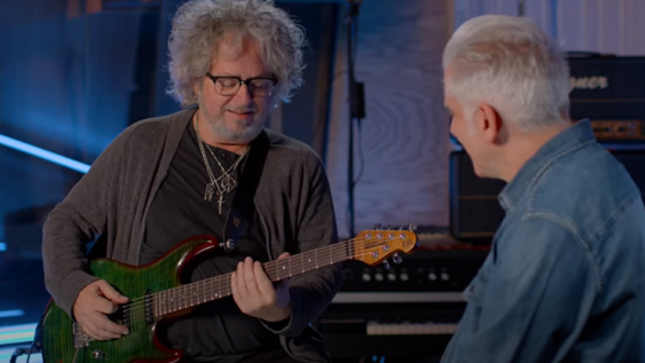 Steve Lukather is an American musician, singer, songwriter, and record producer, best known as the lead guitarist of the rock band Toto. He has also released several solo albums and has played on numerous other artist's records. Lukather has been with Toto since the band's formation in 1977 and has also played on many notable albums such as Michael Jackson's Thriller and Bad, and Boz Scaggs Silk Degrees. He has been recognized as one of the most respected session guitarists in the industry and has won multiple Grammy awards throughout his career.

In the clip below, producer / songwriter / educator Rick Beato - who also has a popular YouTube channel, Everything Music - sits down with Lukather for a career-spanning interview.