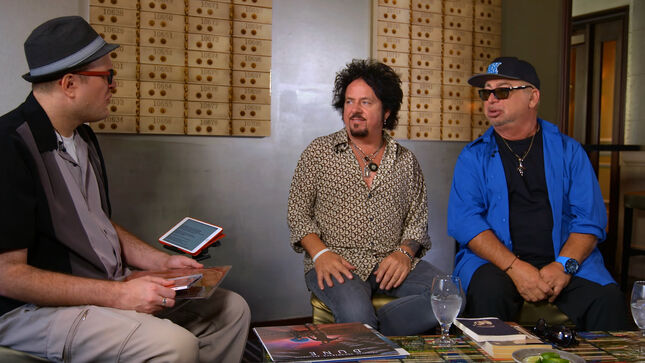 In this new video from Professor Of Rock, Toto tells the story of their epic #2 classic rock hit "Rosanna" from 1982.

"Steve Lukather, David Paich and Steve Porcaro tell the details behind creating it and how actress Rosanna Arquette was the Muse. Arquette inspired two of the greatest songs of the 80s, 'In Your Eyes' by Peter Gabriel and 'Rosanna' by Toto."