TRAGEDY - NYC Tribute Heroes To Release Metal-Meets-Disco Favorites Collection, Disco Balls To The Wall, In July; "You're The One That I Want" Video Streaming 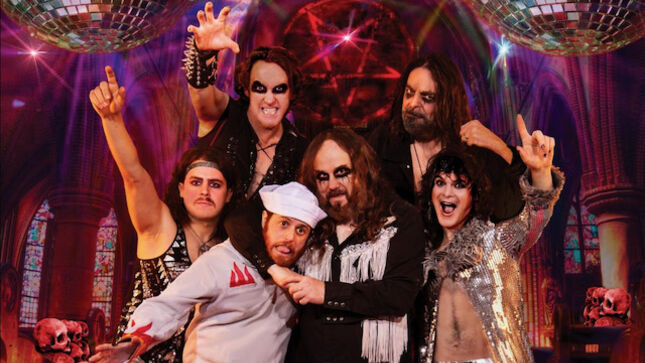 Prepare your air guitars and get the party started with the hottest metal tribute to The Bee Gees and beyond: Tragedy. The New York-based cover song reinventors are set to release a “best of” collection chock full of remastered favorites, Disco Balls To The Wall, on July 30 via Napalm Records.

It doesn’t matter at all if you love or hate disco or metal - you will unabashedly love Tragedy and their bombastic, crazy mix of disco, metal, glitter and revelry, highly enjoyable on their incomparable powerhouse version of “You’re the One That I Want”, out today. Tragedy already broke the internet back in 2015 with the viral video for their energetic take on the Grease soundtrack classic, but now it’s time to mosh on the dancefloor again to a new, remastered version of the song.

Tragedy say about “You’re the One That I Want”: “We found the inner-METAL spirit of Grease...and it runs deep. 1950's greasers, 1970's Travolta, 1980's metal and 1990's grunge, all come together in a new-millennium melting pot - creating a kick-ass high school for adults portraying teens. You better shape up!”

Watch the video for “You’re the One That I Want” below.

The band’s first offering with Napalm Records will include Tragedy’s unique twist on hits such as Abba’s “Gimme! Gimme! Gimme! (A Man After Midnight)” and “Dancing Queen”, Toto’s “Africa”, Bonnie Tyler’s “Total Eclipse Of The Heart” and Adele’s intense super-hymn ''Skyfall”, just to name a few. These fearsome brothers drop the perfect selection of all-time favorite disco, soft-rock and pop favorites - completely reimagining them as glorious, red-hot heavy metal treatments.

Tragedy add: "Disco Balls To The Wall is the biggest, sexiest, collection of hits we've ever released. It’s as if the Bee Gees turned into werewolves, ate some teens, then bred with the local dog population; thus creating the world's most beastly recordings of disco and soft-rock songs ever made. Sharing this album with your friends and lovers will make you 500% more desirable.”

Get your body shaking when Tragedy start to rock out with The Bee Gee’s “Stayin' Alive”, “How Deep Is Your Love” and “Tragedy”, and headbang to the tunes of Slayer’s heavy riffing thrash thunder “Raining Blood” combined with “It’s Raining Men” from American duo The Weather Girls in a way absolutely never heard before. Disco Balls To The Wall is finally topped by a smashing live version of Donna Summer’s fabulous “Hot Stuff”, featuring Alex Skolnick of Testament on lead guitar. What a ride! But the party won’t stop as long as there’s a repeat button to push heavily!

The concept, while subversive and humorous, goes well beyond what others have done in satirical music - Tragedy celebrates the soul of the original song, even while turning the soundscape on its head. The amps are cranked to eleven, but the emotion is not lost. You’ll discover new meaning in songs that have been a part of your life as long as you can remember. You’ll laugh and cry, dance and mosh, and feel newly connected to the disco-metal that was inside you all along. 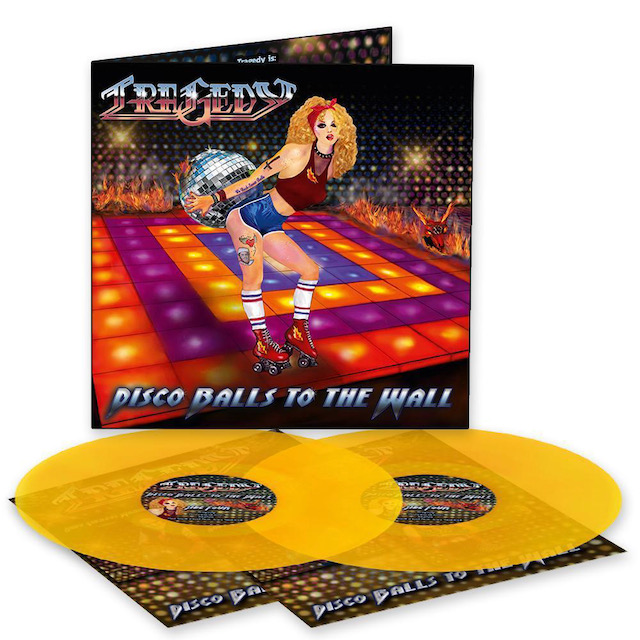 Disco Balls To The Wall will be available in the following formats: 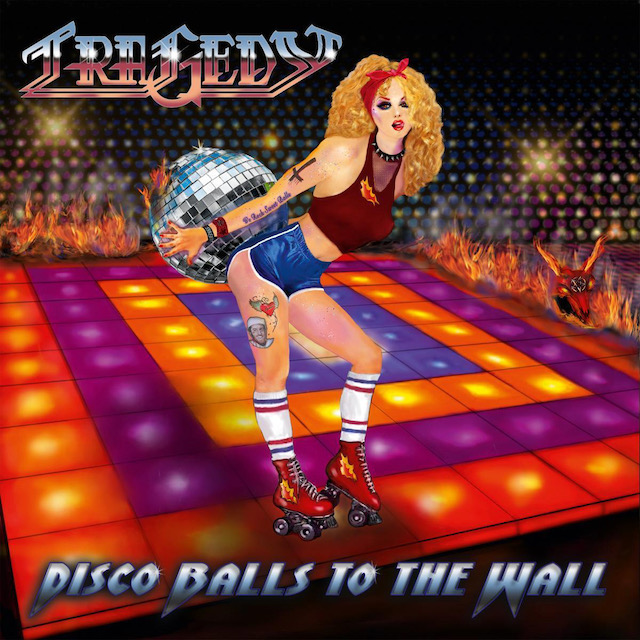 "Gimme! Gimme! Gimme! (A Man After Midnight)"
"You're The One That I Want"
"Evil / Baker Street"
"Stayin' Alive"
"Sweet Caroline"
"Raining Blood" / "It's Raining Men"
"How Deep Is Your Love"
"Aquarius" / "Let The Sunshine In"
"Africa"
"Total Eclipse Of The Heart"
"Tragedy"
"Dancing Queen"
"Skyfall"
"Hot Stuff"

"You're The One That I Want" video: