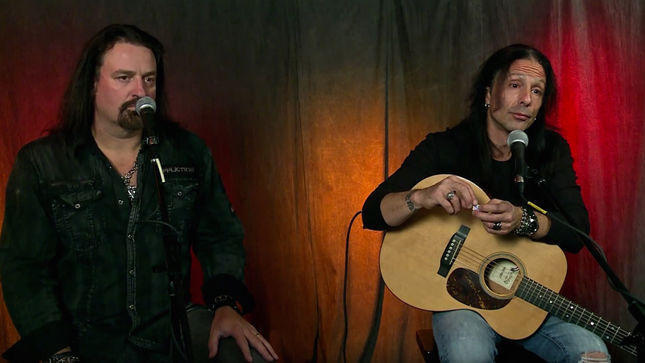 Al Pitrelli and Russell Allen of Trans-Siberian Orchestra came into the Nights With Alice Cooper studio to talk about their new rock opera, The Ghosts Of Christmas Eve, and the history of TSO. They also performed “This Christmas Day”. Watch the video below:

The 2016 Winter Tour kicked off at the Covelli Centre, Youngstown, OH. Fan-filmed video of the entire show is available at this location. Some clips from the set are available below.

The video below takes you behind the scenes with the production crew building the lavish TSO set and the musicians rehearsing before hitting the stage.

The Ghosts Of Christmas Eve 2016 Winter Tour is set to hit 61 cities across North America, concluding, after 105 shows, with special New Year’s Eve performances in Seattle and Cleveland (click here for a full itinerary).

For more information on TSO’s Winter Tour, visit this location.