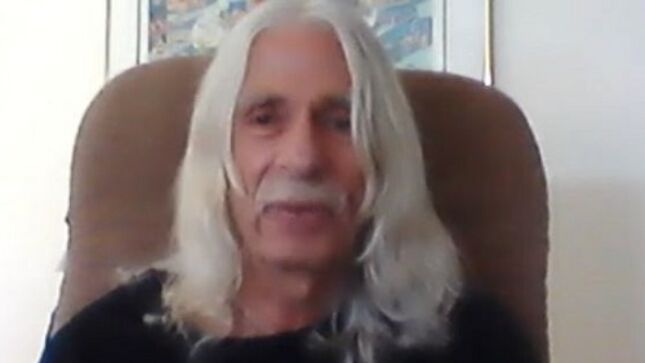 When asked about the upcoming box set:

"It will be released on June 12th on Record Store Day a quasi exclusive in Canada, the US and Europe. Inside you will have a picture disk of the original album. There is a double live  gatefold album with Triumph Live in Cleveland from the Allied Forces tour. There is a vintage replica of the Allied Forces tour book. Vintage pictures and all kind of neat stuff. Tour pass, handwritten lyrics for three songs, a vinyl single, there is a  Allied Forces tribute from our upcoming Triumph tribute album (with all L.A. based musicians). There is magic Power live in Ottawa that has never been released before and more. The box set is really cool and I think the Triumph fans will salivate over it. Andy Curran (Coney Hatch) was the project manager and he is spectacular he got really dirty and dusty doing this he crawled up in the attic above Metalworks studio and was rolling around there finding stuff. Andy found so much great stuff it was unbelievable stuff we didn't even know we had. "

When asked about the upcoming Triumph tribute album:

"I can only speak a bit about it cause it is still in production. We have been talking to producer Mike Clink over the years (Guns N' Roses, Mötley Crüe, Whitesnake) and we were talking about maybe doing a tribute Album. So  Mike Clink is producing it and it has been recorded in L.A. There will be some great artists on it.  It's going to be a real cool project. Our only parameter from a band point of view was do your own take on the song, we don't want to hear someone copy what we did, we want an interpretation. A lot of the money from the tribute album will be going to a charity called Musicares in the States, it's a huge organization that supports artists in trouble."

When asked about the status of the Triumph documentary:

"It is just in the final stages we just approved all the final credits and once that is done let's print it boys, it's finished. So I say a couple of weeks and it should be done and then we will see where it goes and what we are going to do with it. It's a sensational film."

Triumph's first record to be recorded at their MetalWorks studio, Allied Forces spawned rock radio hits: “Magic Power”, “Fight The Good Fight”, and “Say Goodbye”, as well as the title track, which became an automatic concert favorite. The album was also the highest-charting of the band’s career and earned platinum certification in the States.

“We’re extremely proud of Allied Forces. It was the record that started the global rocket ride for us and we’re also excited to share with our fans some really great moments from our archives with this boxset.” - Mike Levine 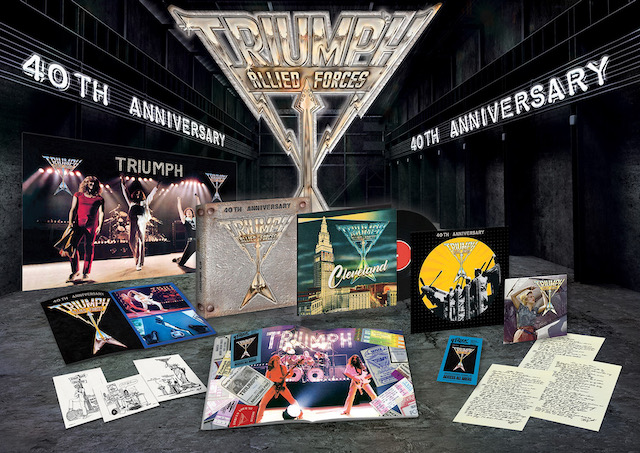